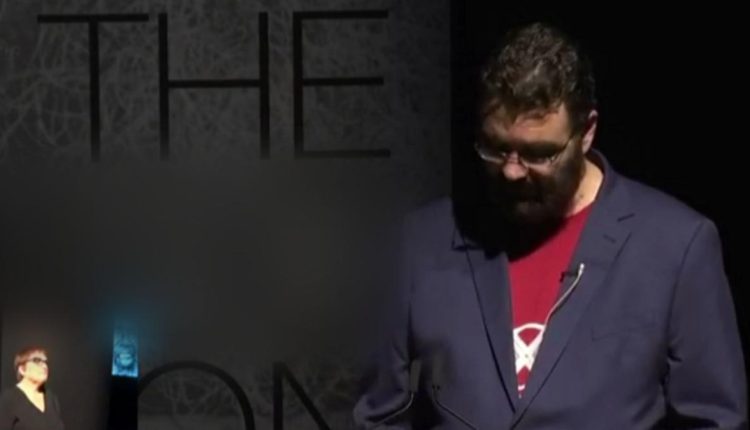 The last name of Indigenous activist Eddie Mabo was turned into a racial slur during an event to honor him – and the offensive livestream stayed online for 18 months, a 7NEWS investigation has found.

When First Nations man Luke Pearson was delivering the 2019 Mabo Oration at Brisbane’s Queensland Performing Arts Centre (QPAC), a livestream was framed in such a way that the “M” of Mabo’s name was obscured – turning the word into a sickening slur.

And according to a QPAC staff member who’s blown the whistle to 7NEWS, the framing may have been deliberate.

Watch more on this story in the video above

Mabo’s family members were in the front row of the audience during the speech.

A 7NEWS right-to-information investigation has learned two camera operators were filming the speech and a switcher was monitoring feeds.

One of the camera operators has turned whistleblower.

“I heard somebody say, ‘let’s see how long we can get away with it’,” the whistleblower told 7NEWS.

He said he cannot prove who said it, or the context of the alleged comment, but he claims to have heard it through headphones during a rehearsal.

He said he alerted his manager to the comment but the response was “quite dismissive”.

There was no investigation and no action, with the offensive video remaining online for 18 months.

The whistleblower went to the state’s LNP opposition and the Greens – who took the complaint to the Arts Minister.

The minister sent it to the Chair of the Queensland Performing Arts Trust (QPAT), Professor Peter Coaldrake.

The trust asked one of Queensland’s most prominent law firms to investigate.

The firm interviewed all staff, viewed all videos, listened to all audio and could find no evidence it was deliberate. But investigators did recommend cultural awareness training for staff.

QPAT apologised to the speakers.

But no one told the Mabo family, with 7NEWS informing Eddie’s granddaughter Boneta-Marie Mabo of the insult.

“It was very painful and very upsetting. A lot of my family felt really upset and reminded us again of the desecration of my grandfather’s tombstone,” she said.

The 2019 Mabo Oration has been reframed and reposted online by QPAC, with the new version featuring a tighter crop that eliminates any display of the racial slur.

In a statement to 7NEWS, QPAC said the investigation into the incident by law firm Gilshenan & Luton was “independent and comprehensive”.

QPAC also said the review found “that there was no deliberate racist conduct by any QPAC employee as part of this incident and that there were no significant cultural issues of concern within the organisation”.

Kathy has lived at her home for 25 years. Now she’s being kicked out for a development