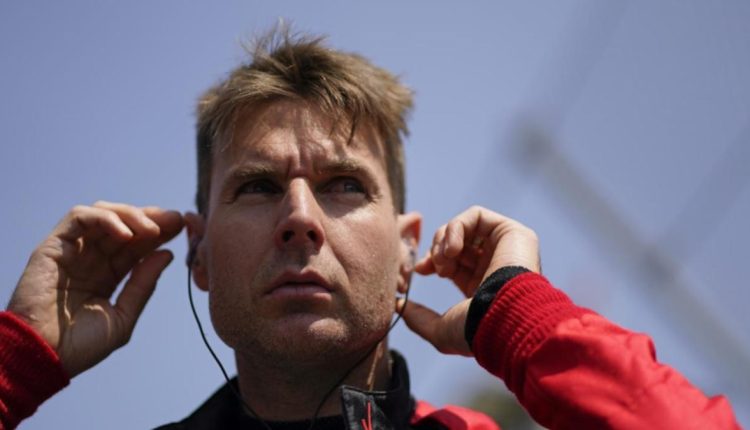 Australia’s Will Power has taken the Indycar series points lead after a wild, wacky and wet GMR Grand Prix in Indianapolis.

Former series champion Power started on pole, lost three spots on the first lap, and wound up third behind winner Colton Herta, but it was enough to leapfrog from fourth one the driver standings to first after five races.

“At the end, you couldn’t see. I can’t imagine being back in 10th or something,” Power said.

“Pretty crazy day, one to keep you on your toes and when to pick the right tire and don’t overdo it. Just survival.”

“This is awesome,” he said. “That’s the hardest race I think I’ve ever done — wet to dry, dry back to wet.”

Rain and the threat of rain forced race strategists to constantly change their plans. Nobody made better calls than Herta, who also gave Honda its first victory of the season.

Power’s Penske teammate, former Supercars champion Scott McLaughlin, finished 20th after losing the lead under caution because of a spin.

After qualifying 14th on the 27-car grid, Herta made the gutsy choice to switch from rain tires to dry tires just three laps into the race.

While he nearly spun out early, he hung on, quickly taking the lead and advantage of a move that allowed him to go from 15th to first. He stayed near the front of the pack the rest of the race, leading 50 of 75 laps in a two-hour race that had just 53 minutes, 22 seconds of green flag time.

Six-time series champ Scott Dixon, the New Zealander who drives for Chip Ganassi Racing, ran out of fuel on pit lane and his teammate, defending series champ Alex Palou of Spain, also fell out of contention after switching to rain tires too early.

Even when it appeared Herta made the wrong choice — like running on dry tires after Alexander Rossi and made an early switch back to rain tires — his team didn’t fret.

“I’m not sure we did the right thing but if we were wrong, we’re all wrong,” said Herta’s father and race strategist, Bryan, after the first of the two pit stops.