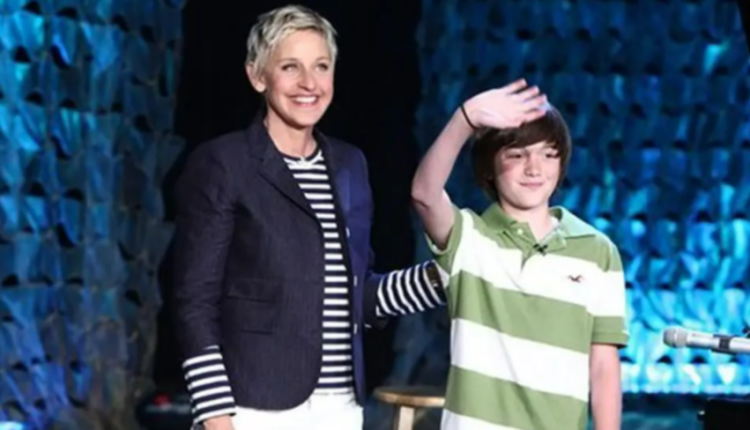 Singer and former protégé of Ellen DeGeneres, Greyson Chance, has come forward to expose what he alleges is the TV host’s “manipulation” of his early career.

Greyson claims DeGeneres “controlled” his career until sales began underperforming, after which he alleges she “completely abandoned” him.

WATCH THE VIDEO ABOVE: Ellen discovered Greyson Chance through this viral video.

When Chance, now 25, was 12 years old and living in Oklahoma, he performed Lady Gaga’s song Paparazzi in front of his schoolmates and later posted the footage on YouTube. It has now had more than 71 million views.

A week later, someone from Ellen’s team called and he was soon on his way to Los Angeles, meeting DeGeneres, who presented herself “as a guardian and mentor”, he told Rolling Stone.

Chance recalled her telling him at the time, “I’m going to protect you. I’m going to be here for you. We’re going to do this together”.

The now controversial TV host – who at the time was known for fostering a need for kindness – soon signed the young singer to her new record label and he released his first song five months later.

The singer told Rolling Stone that as he grew in popularity through ticket and record sales, the TV host became “really invested” and “domineering and way too controlling”.

He called her a “hidden eye”, always watching.

“My whole week, my whole month, my whole year could change (with) one text message from her,” he said, calling the lack of control over his own career “horrible”.

He said her opinion was the one that mattered, and that an entire show or career decision could change because of it.

The 25-year-old recalled a particular instance where DeGeneres allegedly yelled at his stylist over his wardrobe.

As Chance’s career went through a rocky period, he said the TV star “completely abandoned” him.

She would no longer take his calls, he said, although he did return several more times to the Ellen Show.

“Whenever I would come on the show, it was such a fake smile,” he said.

“She wouldn’t even ask, ‘How are you doing? How are you holding up?’ It was just like, ‘Here’s what we’re going to talk about. We’ll see you on there’,” he said.

Chance says he has wanted to share his story for five years but has not had the courage until now.

In 2020, the Ellen DeGeneres Show was under investigation following numerous reports of workplace bullying and a “toxic” culture.

The talk show was subjected to an internal investigation by Warner Media, according to reporting by Variety.

As employees continued to speak out, Hedda Muskat, who joined The Ellen DeGeneres Show in its debut season, told Sunrise she was “emotionally abused” and “humiliated” by the talk show queen.

“When you walk into her office to pitch her your segments there was always a snarl and I always felt I was never welcome,” she explained in May 2020.

“After a couple of months, I was told by my executive producer to no longer go into her office and to have my underling, who was a new hire with no talk show experience, to go in and pitch my segments because Ellen no longer wanted me to come in.”

Muskat said colleagues were “terrified” by DeGeneres and executive producer Ed Glavin, who would regularly yell at staff while DeGeneres sat back and laughed.

DeGeneres went on to deliver a heartfelt apology to fans after finally returning to the set of her embattled talk show in May 2021.

“As you may have heard, there were allegations of a toxic work environment at our show and then there was an investigation,” she said.

“I learned that things happened here that never should’ve happened.

“I take that very seriously, and I want to say I’m so sorry to the people who were affected.”

DeGeneres alluded to the firings of three top producers who had accusations of bullying and racism leveled against them.

“We have had a lot of conversations over the last few weeks about the show, our workplace and what we want for the future,” she said.

She also addressed criticisms that she doesn’t live up to her reputation as the “be kind lady”, which she’s been stuck with as as result of her “be kind to one another” slogan.

“Being known as the ‘be kind lady’ is a tricky position to be in,” she said.

“The truth is I am that person you see on TV. I am also a lot of other things. Sometimes I get sad. I get mad. I get anxious. I get frustrated. I get impatient — and I am working on all of that.”

She ended her monologue saying she wanted all 270 people who worked on the show to be “happy and proud” to work there.

Everything you need to know about AppleCare+