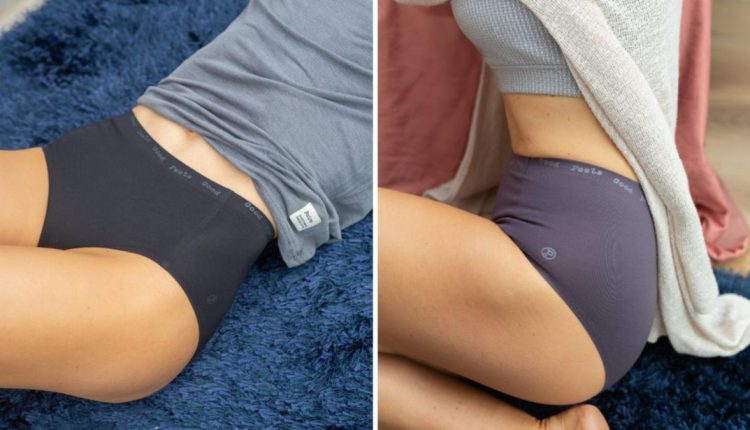 A pioneering Aussie fashion company, who previously made the world’s first ‘stink-free’ socks, have upped-the-ante to release ‘invisible’ underwear.

The NudeTech™ undies, created by Paire design duo Nathan Yun and Rex Zhang, use breakthrough fabric technology to make you feel as if you’re wearing nothing at all.

While most seamless underwear is made using synthetic fibres such as polyester, NudeTech undies are the first in the world to be made using a new a new material, made regenerated silk fibre – RegSilk.

It is sustainably engineered by reusing wasted silk cocoon which has been recycled into fibres.

Thanks to natural tree fibres, the fabric holds its shape as well as polyester yet, remains invisible under tight jeans and leggings.

“My wife has been bugging me to develop a most comfortable pair of undies for years,” said co-founder Mr Zhang. “It’s not that easy. We spent almost two years developing these new materials and technology with hundreds of rounds of prototyping. And we have finally found the best formula of the blend.”

But it wasn’t just Mr Zhang’s wife who was struggling to find the perfect fit.

When the business owners did a survey of their customers, more than 50 per cent of respondents came back requesting the clever creatives come up with a solution to their underwear woes.

“People told us there were many, many problems with them, actually,” said co-founder Mr Yun.

“They would ride up and down. For some females, the seam will show under tight jeans and stuff. A lot of people said they were uncomfortable. I think ‘uncomfortable’ was a big one. “So we looked into it, we did a lot of research into all these problems and (thought) how can they be solved? And eventually we, we ended up with a great product.”

Best friends from college, Mr Zhang and Mr Yun first made their mark when they released the world’s first ‘stink-free’ socks, designed to not only avoid smelly feet but also combat the age-old gripes of sock-wearers – such as socks that slip down your heel, stretch out of shape or make your feet too hot or too cold in winter.

“We always start with the material,” said Mr Yun.

“In the end we thought like we looked at cocoons. You know how silkworms will make the cocoons? Well, all the big brands they buy they silk and the cocoons go to waste, so we thought, what would happen if we made the cocoon shells into a fibre?”

And voila, the perfect, antibacterial, ‘second-skin’ underwear material was born.

Women keen to try on a pair can pick them up here.

A men’s range will also be released early in 2023.

This article contains affiliate links, whereby 7NEWS.com.au may earn a commission if you click on a link – at no cost to you.