Paramedic dispatched to own daughter’s fatal crash: ‘I am broken’ 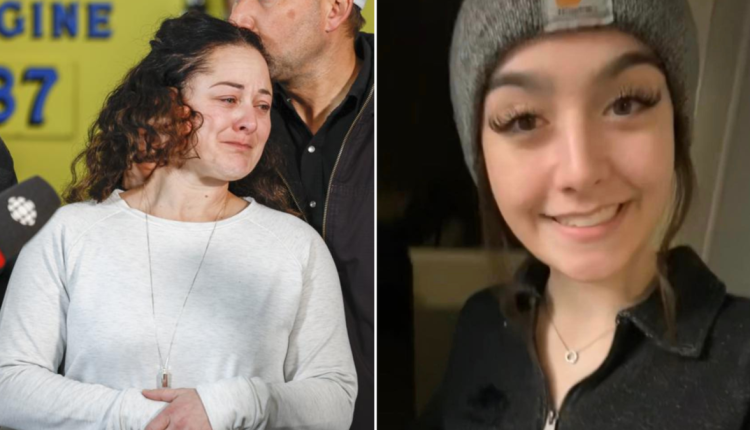 A paramedic who unknowingly responded to a serious car crash involving her own daughter has publicly spoken out about the tragedy, with the support of several colleagues.

Jayme Erickson from Alberta, Canada was dispatched to a collision at 4.30pm on November 15 and found two injured patients, one who critical and trapped inside a vehicle.

WATCH THE VIDEO ABOVE: Paramedics unite as mother breaks down over tragic find.

In a post on Facebook, Erickson explained she tended to the critically injured person, trying to free them from the wreckage.

Once the air ambulance arrived and took over, Erickson’s shift was done for the day and she went home.

However only a few minutes after she walked in the door, she received the news that would change her life forever.

“The Royal Canadian Mountain Police were at my door to inform me that my daughter had been in an accident,” Erickson wrote.

“The critically injured patient I had just attended to was my own flesh and blood. My only child. My mini-me. My daughter, Montana.”

Erickson said she had not recognised the patient as her own daughter because of the horrific nature of her injuries.

She rushed to hospital where she was told her 17-year-old would not make it.

“I will cherish the memories we made and the time we had together. I am shattered. I am broken. I am missing a piece of me. I am left to pick up the pieces and expected to carry on,” Erickson wrote.

Erickson fronted the media on Wednesday, a week after the crash, alongside her co-workers and friends and family.

Speaking about her unimaginable loss, several colleagues comforted Erickson when she began to break down.

“(Montana) meant the world to all of us,” she said.

“This tragedy is not only felt here by this community, it’s felt throughout the province and maybe even the country.

“I think every first responder can relate to the pain that we’re feeling. Nobody wants to go through anything like this.”

Erickson described her daughter as a “firecracker” and a “fighter”.

“She fought until the day she died,” she said.

“She was so beautiful.”

A fundraiser has been set up to help Montana’s parents as they try to navigate the world without their daughter.

“As Sean and Jayme begin to rebuild a life without their beloved daughter, we want to be there to help them through and ease any financial stress they could possibly imagine,” organiser Lindsay Sandalack wrote.

“These will be hard times to wade and we want their future free of financial hardship – whether it’s taking time to heal, building their beloved farm, or helping Montana’s legacy live on and have this to fall back on years down the road.

“This is an endless healing journey.”