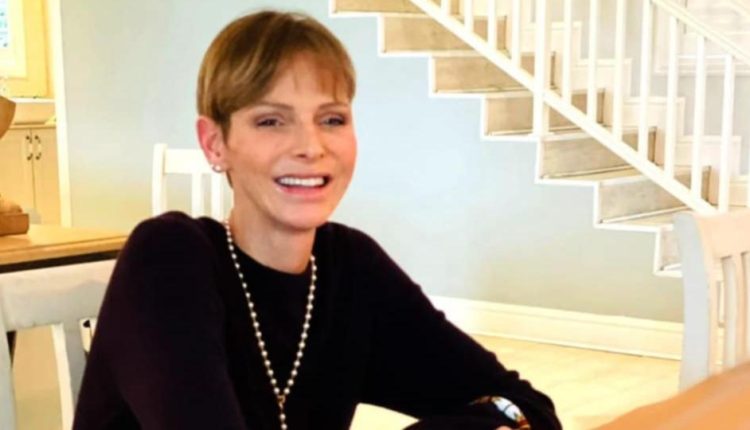 Princess Charlene of Monaco will miss one of Monaco’s biggest celebrations following a concerning update from the palace regarding her health.

Charlene is reportedly undergoing “dental treatment” that takes “several weeks” at a health facility in Switzerland.

WATCH IN THE VIDEO ABOVE: Princess Charlene returns home after spending eight months in South Africa

On 27 January each year, Monaco celebrates Saint Dévote Day, a celebration in honour of its patron saint, Saint Devot.

Charlene has been recovering from what her husband Prince Albert called “exhaustion, both emotional and physical” after returning to Monaco from South Africa, where she underwent several surgeries.

The palace has now issued a new statement on the mother of two’s recovery.

“The convalescence of H.S.H. Princess Charlene is currently continuing in a very satisfying and encouraging way,” the statement read.

“The Princess will unfortunately not be able to attend the Saint Dévote festivities this year.

“With her husband H.S.H. Prince Albert II, she shares her heart with all Monegasques and residents on the occasion of these celebrations.

“As soon as her health will allow, it will be with joy that the Princess once again share moments of conviviality with them,” the statement continued.

According to People, Charlene’s absence was attributed specifically to “dental treatment” that will take “several weeks” to recover from.

How did Princess Charlene become ill?

In May 2021, Princess Charlene went to South Africa to support anti-poaching charities.

The palace confirmed that during her trip she contracted an ear, nose, and throat infection that didn’t allow her to travel.

After multiple surgeries, Charlene finally returned to Monaco on 8 November and was soon transported to an undisclosed health facility in Switzerland.

At the time of Charlene’s arrival back in Monaco, her husband Prince Albert described her condition as “profound general fatigue… exhaustion, both emotional and physical” to People.

Concerns for the Princess

A source told Page Six in December that Charlene lost a “worrying amount of weight” after a severe ear, nose, and throat infection and had “severe sinus and swallowing issues stemming back from an earlier surgery”.

Allegedly, friends of the royal are concerned that the Royal Family of Monaco has been downplaying the severity of Princess Charlene’s illness, after her husband, Prince Albert claimed she had gone to a treatment facility.

A source said: “It is unfair that she is being portrayed as having some kind of mental or emotional issue.

“We don’t know why the palace is downplaying that she almost died in South Africa,” they expressed.

“She has not been able to eat solid food in over six months because of all the surgeries she has since gone through,” the source continued.

“She has only been able to take in liquids through a straw, so she lost nearly half her body weight.”

They clarified that Charlene is “definitely not losing her mind, or suffering from severe mental health issues”.

“She is exhausted by six months of surgeries and an inability to eat properly as a result of it,” the source expressed.