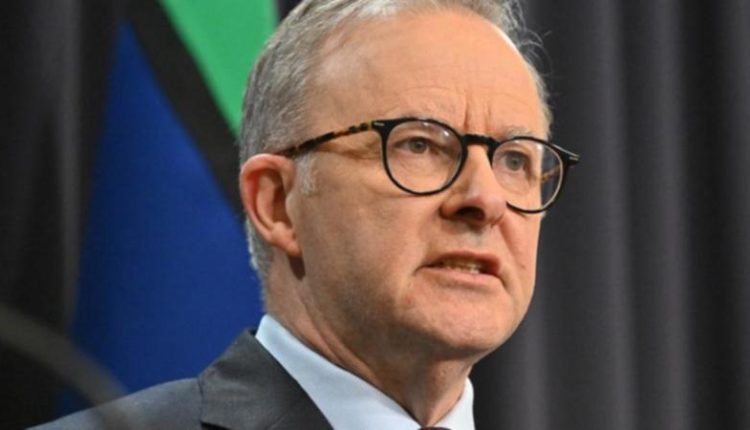 Australians deserve an explanation about Scott Morrison’s decision to secretly swear himself into three ministerial portfolios while in government, the prime minister says.

Anthony Albanese is seeking advice in relation to the constitutional legality of Morrison’s actions and will be briefed by his department when he travels to Canberra on Monday afternoon.

“This is quite extraordinary. Australians need a prime minister who is focused on the job that they’re given,” he told reporters in Melbourne on Monday.

“Nothing about the last government was real, not even the government itself.”

A report by The Weekend Australian claimed Morrison secretly took on the health and finance portfolios when the COVID-19 pandemic reached Australia in March 2020.

The former prime minister’s unprecedented move was in response to emergency measures under biosecurity laws and ensured he could administer health and finance powers given to former ministers Greg Hunt and Mathias Cormann.

Morrison also swore himself in as resources minister and used the power to overturn former minister Keith Pitt’s approval of a controversial gas project off the NSW coast, news.com.au reported on Sunday.

Pitt reportedly did not know the former prime minister had joint oversight of his portfolio.

What occurred was contrary to the Westminster system of government, Albanese said.

“The people of Australia were kept in the dark as to what the ministerial arrangements were – it’s completely unacceptable,” he said.

“We have a non-presidential system of government in this country, but what we had from Scott Morrison is a centralisation of power, overriding of ministerial decisions and all done in secret.”

Albanese is also seeking advice about whether Governor-General David Hurley knew about the secret ministerial appointments.

“This is a shambles and it needs clearing up,” he said.

“The Australian people deserve better than this contempt for democratic processes and for our Westminster system of government, which is what we have seen trashed by the Morrison government.”

Nationals leader David Littleproud said he did not know of the former prime minister’s actions, despite him being a minister in the Morrison government.

“If you have a cabinet government, you trust your cabinet.”