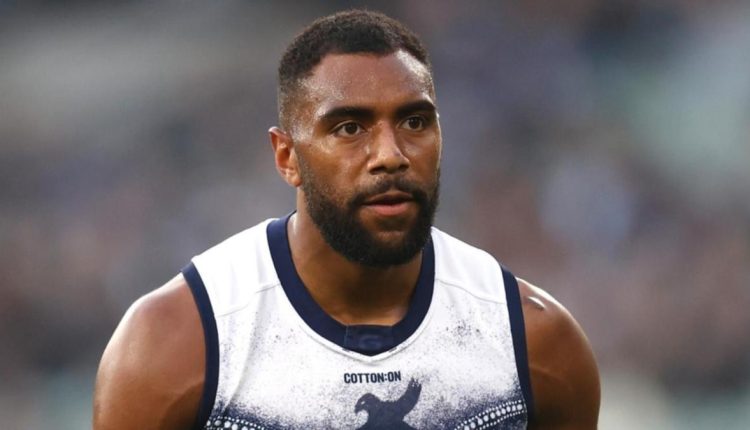 Geelong utility Esava Ratugolea has met with Port Adelaide, 7NEWS can reveal, as he assesses his future despite having one year left on his contract with the Cats.

The 24-year-old has shown glimpses of his potential at Geelong but played just four senior games in the club’s premiership season.

He met with Port coach Ken Hinkley and football boss Chris Davies at the South Australian team’s headquarters on Thursday.

Ratugolea played 20 games, including three finals, in his belated breakout 2019 season after recovering from a broken leg that ended his debut campaign the previous year.

He played 12 out of 17 home-and-away games in 2020 but did not feature in the Cats’ four finals that season.

Another resurgence followed in 2021 as Ratugolea played 15 games, including two finals, but he was not in the mix for much of this year.

Ratugolea has been raised a possible option for GWS Giants, though it is unclear if they have any interest, in a deal to get Tanner Bruhn to Geelong following his trade request.

“I think we will see, when the trade period opens, one of the deals that will get done will be Bruhn will come back to Geelong,” former Adelaide coach Brenton Sanderson told Trade Radio.

“And Ratugolea will be part of a packaged up trade that would see him go up to the Giants.

“He would be a perfect fit.”

Graham told reporters at Adelaide airport he was only visiting family but was later spotted at Alberton alongside Hinkley and Davies.

The 24-year-old is likely to land at Port, potentially for a second-round pick, squeezed out by the Tigers’ moves to secure GWS pair Tim Taranto and Jacob Hopper.

Elsewhere ahead of the trade period, the Power are believed to be feeling short-changed after free agent Karl Amon’s move to Hawthorn drew a lower compensation pick than expected.

The 27-year-old wingman was Port Adelaide’s top vote-getter in this year’s Brownlow count after averaging 23.6 disposals a game.

Port had voiced their desire to receive a first-round draft pick as compensation.

“I think it has got to be close to a first round, if not an end of first-round selection,” Power football manager Chris Davies told Trade Radio this week.

But they haven’t received their wish, with the AFL to hand them a second-round selection (currently pick No.27).

‘I’m not happy, I voted for Hird’: Sheedy explodes in wake of Scott appointment