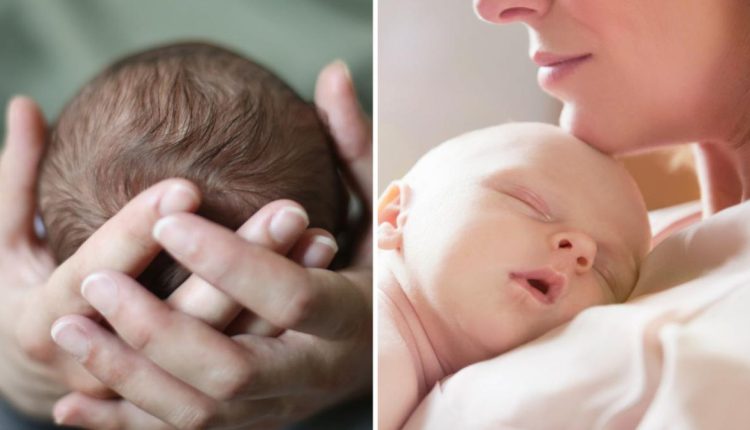 A mum has been berated online after revealing her newborn daughter’s unusual name and the odd way of pronouncing it.

An anonymous user took to Reddit to blast the mum’s decision to call her little girl ‘Imagine’.

The poster criticised the mum, saying the name is “the worst one I’ve seen this week, the pronunciation is even worse.”

And they weren’t alone – with fellow users taking to the post to agree.

“You can’t just name your kid a regular word and say it’s pronounced completely different?!???? You can’t….????” one person wrote.

Responding, another user said: “Well seeing as the whole world revolves around them specifically yes they can and you’ll just have to deal with it, oh and they’re not letting it slide if you mispronounce it either I feel like people who name their kids like this do it partly as a ticket to get upset and correct people all the time.”

‘Imogen was right there’

Others were left confused, questioning whether she actually meant to give her another similar-sounding name.

“Imogen was right there,” someone wrote.

“Was this supposed to be Imogen but they didn’t know how to spell it? Ooooof,” another commented.

A third responded: “I don’t like that name (Imogen), reminds me of a chemical or element of the periodic table but it’s sure better than this atrocity.”

One commenter shared their concerns for the child, fearing they may experience “a whole lot of problems” growing up.

“They’ve consigned Imagine to a whole lot of future problems,” they said.

“From her first day of kindergarten, she’s going to have to correct her teachers, substitutes, administrators, and anyone else who reads her name out.

“I know what I’m talking about; my own name has five letters, and has been mangled endlessly.

“It doesn’t seem like a huge problem, but it’s going to get really tiresome for Imagine.”

Others were simply left puzzled by the pronunciation.

“At least capitalise the syllable you want to be emphasised,” one user wrote, adding. “Is it EM-ah-jen, king of like Imogen? Is it em-AH-jen (i hope not) Is it em-ah-JEN, maybe like Emma-jen?”

“They also could have just gone with Emahjen?” another suggested.

Someone added: “That’s a funny way of spelling Emma-Jen?”

The biggest baby names tipped for 2023