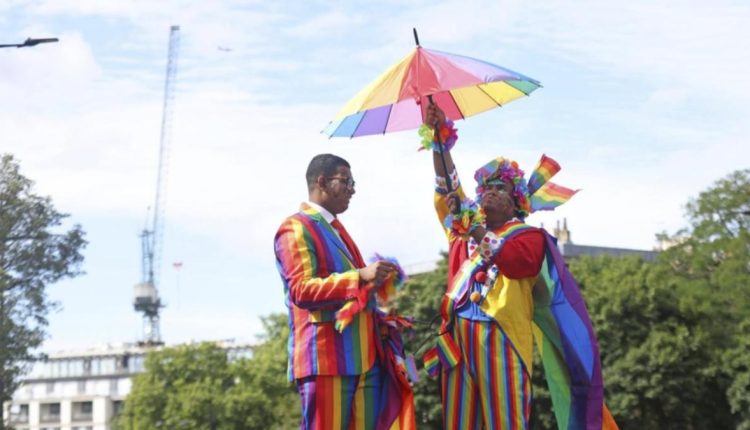 More than a million people are expected to descend on the British capital to celebrate a half-century for Pride in London.

But public health officials have urged people not to attend if they have monkeypox symptoms or feel unwell.

Saturday will be the first time the LGBTQI event has been held since the outbreak of the pandemic, and marks the 50th anniversary of the UK’s first ever Pride parade.

The parade, which organisers are calling the “biggest and most inclusive event in history”, will feature a line-up of artists performing across four stages around Central London.

The parade will run through until 6pm (3am Sunday AEST), finishing at Whitehall Palace.

Over 600 community groups will join the march which has 30,000 people registered to take part.

US popstar Ava Max will close the show on the Trafalgar Square stage. Other performers will include Emeli Sande, Israel’s 2018 Eurovision-winner Netta, Samantha Mumba and Kat Graham.

The UK has recorded the highest number of monkeypox infections outside Africa, with more than 1000 cases reported in the current outbreak.

Scientists say anyone who is in close physical contact with a person who has monkeypox or their clothing or bedsheets is at risk of infection.