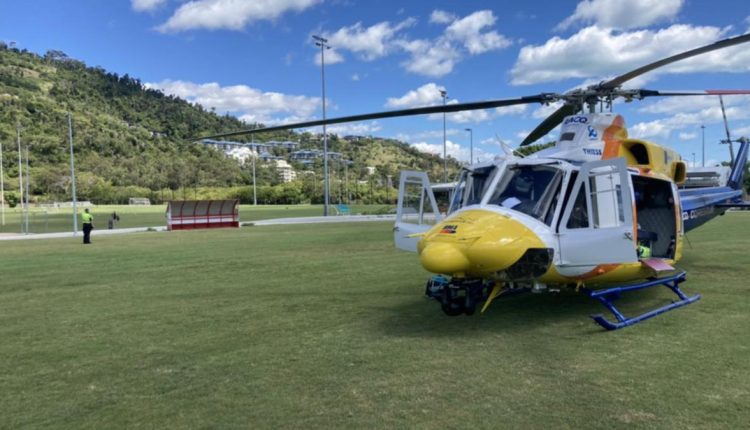 An eight-year-old girl was reportedly twice brought back from the brink of death during a frantic hour after she was pulled unresponsive from a Queensland holiday park pool.

The girl was staying with her family at Discovery Parks near Airlie Beach when she became stricken in the water park on Friday morning.

There was a frantic response to the incident, with paramedics rushing to the scene and performing CPR before a rescue helicopter was also asked to respond.

The girl was taken to a nearby oval where a doctor and critical care paramedic on board the RACQ CQ Rescue helicopter met her.

They worked on her for an hour to save her life.

A spokesperson for the rescue helicopter told the Mackay Daily Mercury that the girl had to be resuscitated twice.

When her condition was stabilised, she was flown to Mackay Base Hospital in a critical condition.

The girl has since been flown to Townsville Hospital where she is in a stable condition as she recovers.