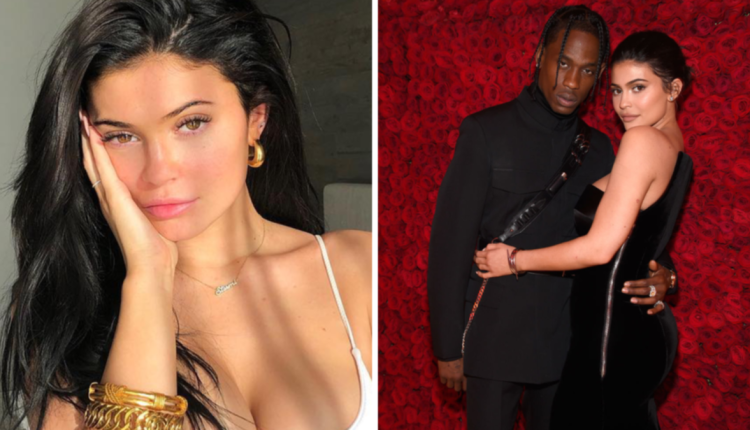 Kylie Jenner has given an insight into the drama around choosing a name for her baby boy – and then changing it.

Jenner announced her son’s original name – Wolf Webster – on her Instagram stories back in February.

WATCH THE VIDEO ABOVE: Kylie Jenner on naming her son ‘Wolf’

But then she revealed she had changed it – without telling her legion of fans what it had been replaced with.

“We just really didn’t feel like it was him.

“Just wanted to share because I keep seeing Wolf everywhere.”

According to E! News, the child’s legal documentation has not been updated, and the couple has still not announced what name they’ve settled on.

The baby is the second child for Jenner and Travis Scott, who also have a four-year-old daughter, Stormi.

On the most recent episode of The Kardashians, Jenner said it was her sister Khloe who initially suggested the name Wolf.

She joked that she and Scott now “think we know his official name,” but were holding off on announcing it, “because god forbid we change it again.”

She also told her mother, Kris Jenner, that they did not have a name prepared in advance.

“We really didn’t have a name,” she said.

“I just thought it was gonna just come to us when we saw him.

Time constraints meant that she felt “pressured” to register Wolf as the baby’s name, despite her not being 100 per cent sold on it, she added.

“So, we just put Wolf Webster in that moment,” she said.

“Right after I signed the birth certificate, I was like, ‘What did I just do?’”

She also admitted that Travis Scott had already called their seven-month-old baby by a few different names.

“Then for the day he’ll call him that.

Jenner even joked that she would just wait for the baby to “name himself” and take the matter out of her hands.