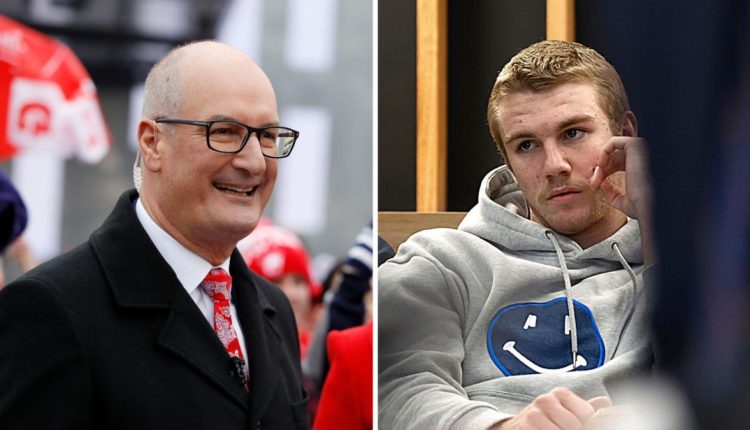 Horne-Francis recently stunned the football world when he requested a trade to the Power despite still having a year to play out on his contract at the Roos.

The 19-year-old endured a tumultuous first AFL season at the club and designs on a move back to his home state emerged midway through the year.

Horne-Francis’s stepfather Fabian Francis spent five years with Port Adelaide from their inaugural AFL season and played the majority of his 109 games with the Alberton-based club.

When North secured Alastair Clarkson as their coach, it was thought the four-time premiership mastermind might be the key to keeping the prodigiously talented young star at Arden Street. But Clarkson has had to step away after becoming engulfed in Hawthorn’s racism scandal.

With Clarkson’s fate yet to be determined, Horne-Francis asked to be traded and Koch has revealed he was aware that the plans to pounce on Horne-Francis were “in the pipeline”.

“We’ve sort of been working and communicating with Jason and his parents for a little while now to make sure that he’s comfortable with what we’re doing at Port Adelaide,” Koch told FIVEaa.

“His parents are big fans of Ken and what Ken could do to Jason’s development going forward.

North Melbourne is not only the club about to lose high draft picks with the GWS Giants set to bleed young talent this year.

It has prompted a call for longer contracts for draftees which is currently set as a standard two years.

But Koch said it was the responsibility of clubs to make sure they have “the best football program”.

“(You have to) really try and become a destination club and have a program that is highly regarded within the industry and I think that is challenge for all clubs to keep good players and attract good players,” he said.

“(You have) to become an employer of choice and that’s what we’ve tried to do (at Port Adelaide).”

Port is also aiming to pick up Junior Rioli from West Coast and it has emerged that a massive three-way deal could unlock the mega-trade.

According to multiple reports, the proposed trade would see the Kangaroos end up with picks 1 and 2, Horne-Francis and Junior Rioli join the Power and the Eagles land multiple picks in return.

West Coast would effectively split their pick No.2 for Port Adelaide’s No.8 and their future first-rounder, while sending Rioli to the Power.

But the Roos will likely want more than just pick No.2 in return for Horne-Francis.