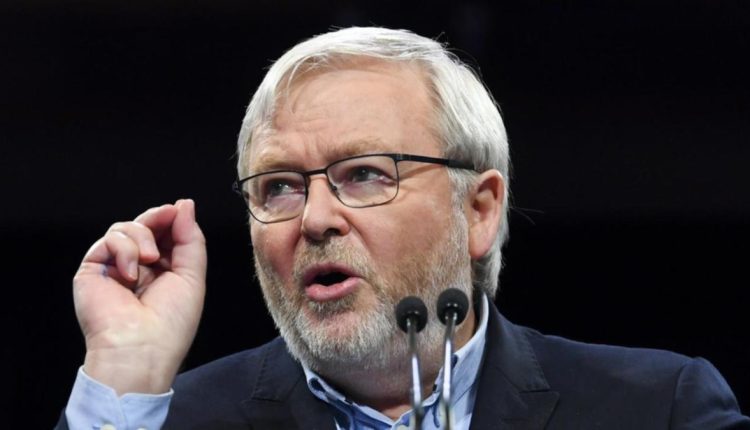 Former Australian prime minister Kevin Rudd has joined an international advisory group set up by the president of Ukraine to look at ways to prevent future Russian aggression.

The ‘who’s who’ group of ex-government foreign policy specialists held its first meeting earlier this month after being established by Ukraine’s leader Volodymyr Zelenskiy in May.

The group hopes to create security guarantees to avoid a repeat of Russia’s invasion of Ukraine, including by boosting pre-emptive diplomatic powers to ward off an attack.

“I hope this working group’s recommendations will support Ukraine’s legitimate desire to rebuild as a strong, free and sovereign country pursuing its own destiny,” Mr Rudd said in a statement on his website.

“Ukrainians are rightly focused on winning this war.

“But when it ends, Ukrainian leaders will want to clearly understand what sorts of domestic and international mechanisms might deter further aggression against their country by Russia or any other state.”

The head of the Ukrainian president’s office, Andriy Yermak, said recommendations may include facilitating quick access to military, economic and humanitarian assistance.

Mr Albanese, who has been in Europe attending a NATO Summit in Madrid and holding diplomatic talks with French President Emmanuel Macron, is yet to confirm whether he will take up the offer.

The prime minister has been working on rebuilding ties with Paris after the diplomatic fallout over the nuclear submarines deal axed by the Morrison government in 2021.