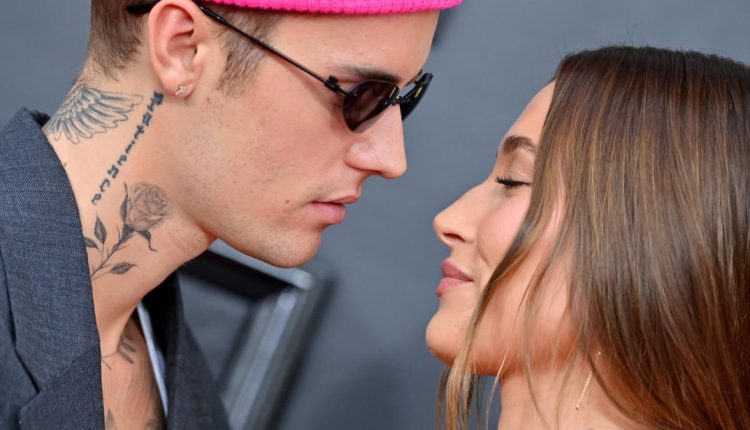 Hailey Bieber has broken her silence on cheating rumours around husband Justin Bieber and his ex-girlfriend Selena Gomez.

In an hour-long interview for Alex Cooper’s Call Her Daddy podcast, Hailey talked about being called a “homewrecker” who “stole” Bieber away from his former girlfriend.

While Gomez is not named in the podcast, it’s clear that this is who is being referred to, as Bieber had been in a long on-again, off-again relationship with Gomez before meeting his now-wife.

“There is a lot I have avoided speaking on for a long time,” Hailey, 25, said in the interview.

“This is so crazy.

“I have never talked about this, ever.”

She shot down rumours that Bieber had been cheating on Gomez with her.

“He was not in a relationship, ever, at any point (while with me).

“It’s not my character to mess with someone’s relationship – I would just never do that.

“I was raised better than that.

“I’m not interested in doing that and I never was.

She added that after Bieber’s stop-start relationship with Gomez, their split “closed a chapter, and I think it was the best thing that could have happened for him to move on.”

“It was the most healthy, mature decision he could make,” she added.

Hailey and Bieber became engaged in 2018 and married the following year.

“I personally thought I wouldn’t be getting married that young.

“The timing was very rapid, but it felt correct at the time.”

Hailey, who is the daughter of actor Stephen Baldwin (Alec Baldwin’s brother), added that she had spoken to Gomez since her split from Bieber.

“I respect her a lot,” Hailey said, adding that she copped a lot of hatred from Bieber-Gomez fans when she started dating the pop star.

“They wished he ended up with someone else.

“I think it’s sad to be against somebody’s happiness.”