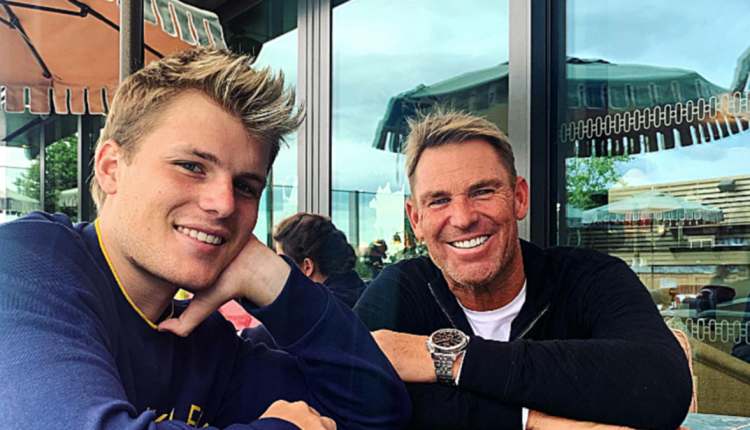 The son of the great Shane Warne, Jackson, has opened up to Channel 7 about some of the emotional moments he shared with his father during lockdown.

Jackson, who calls Shane his “best friend”, recalled the days he went down to the nets with his dad and tried to learn the leg-spinning craft from the greatest of all time.

“(Dad said) just so you know, what you’re about to try and do is the hardest thing to do in cricket.

“It’s more about your wrists, you’re using your shoulder, spinning your ankle at the right time and I tried it.”

After a while, Jackson realised just how hard bowling leg-spin was.

“After about two hours, I said to dad this is pretty hard work you did for such a long time, congratulations,” Jackson said.

Jackson said his family had been overwhelmed with the support from the public since his fathers tragic death.

“The outpouring we have seen since March has been unbelievable, more than we expect,” Jackson said.

“To see how much of a shock it was for the rest of the world, especially Australia, and to still see how many messages we have received of condolences, positive messages and also people that can relate, who have either lost a father, loved one, brother, sister, partner or whoever it is, they can also relate to the feeling of having to mourn and grieve.

“It also makes me feel like I’m not alone. It has brought me, Summer and Brooke closer together. I couldn’t ask for a greater couple of sisters, my mum, grandpa, cousin uncle, everyone has been close. I’m very lucky that we have got a very good support network and we are all sticking together.

During the interview with Seven’s Mel McLaughlin, Ricky Ponting and Matthew Hayden, Jackson spoke about the special jersey he was wearing.

“For people who don’t recognise it (the jersey) straightaway, this is actually the jersey dad wore in 1999 when he had to come to the MCG to calm down everyone in Bay 13 because they were throwing bottles and things on to the pitch,” Jackson said.

“He came with a helmet saying, ‘Guys, calm down, we can’t play cricket’. I thought it was special to put on. I can feel my wrist going like this to bowl a few leggies. It is very special.”

Jackson said his dad was always humble about his achievements.

“Dad was so humble. Most of his house, he never had a trophy cabinet. He never had his trophies up on shelves. He was never talking to people about them. He was never showing anything off. He was always very humble,” he said.

“I’m just glad that Australia and a lot of the world can see, especially since the state memorial, how much of a father he truly was and how much of a dad he really was. You might see Shane Warne on the pitch, in the media and in the politics, but when you actually met the Shane Warne at home at the poker nights, watching the Saints cheering on, that is the Shane everyone knew.

“I’m glad everyone recognises he was a lot more than the Shane Warne cricketer, he was actually the Shane Warne the best father anyone could have asked for and my best friend.”

Ponting chokes back tears in heartfelt tribute to Warnie: ‘That’s when I lost it’