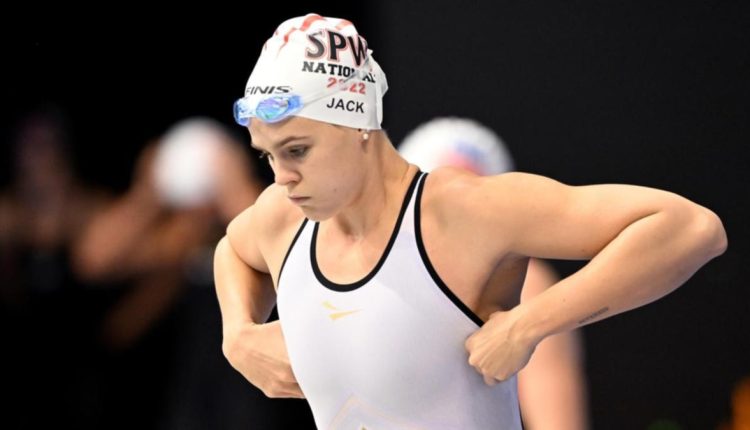 Shayna Jack’s successful swimming comeback after a doping ban has continued by topping qualifying in the 50 metres freestyle at the Australian championships.

Jack clocked 24.23 seconds in her heat on Sunday morning in Adelaide to book lane four for the night final.

Meg Harris (24.84) was next-best on the final day of the nationals, which double as a selection meet for next month’s world titles and the Commonwealth Games starting in late July.

Australia’s team for both international events will be announced when competition finishes on Sunday night.