Grim warning for Aussie travellers ahead of Christmas holidays 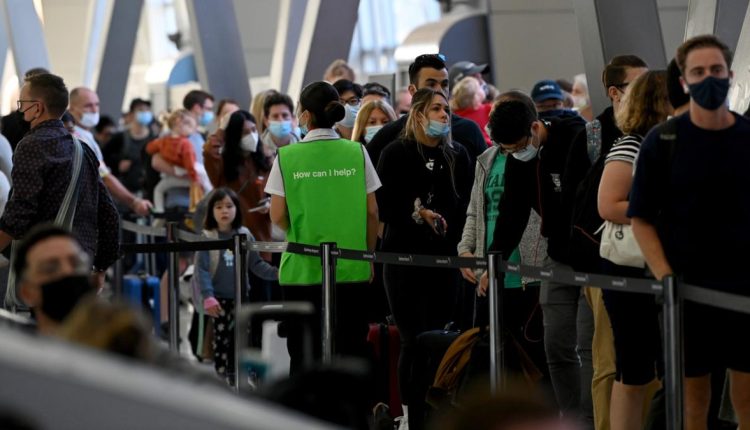 Australians are paying almost 30 per cent more for domestic flights than they were before the pandemic, according to a new report, and airfares are showing signs of rising even higher before the Christmas holidays.

Analysis by the Australian Competition and Consumer Commission also found “discounted economy airfares” were hardest hit by escalating prices, with some setting a 15-year record due to limited capacity and strong demand.

WATCH THE VIDEO: Airfares more expensive than before the pandemic.

And the consumer watchdog promised it would be “monitoring” airlines closely after all three major Australian aviation companies forecast sizeable profits this year.

The latest findings came from the Commission’s Airline Competition in Australia report, which has been prepared quarterly since June 2020.

The report found passengers were paying an average of 27 per cent more for domestic travel in October this year than they did in October 2019, with costs on a steep rise since January 2022.

ACCC commissioner Anna Brakey said the price rises were due to a highly “changeable” travel market that had experienced historic highs and lows for airfares.

“Airfares have risen due to strong demand for travel and constrained supply as airlines have scaled back their schedules in response to high jet fuel costs and operational challenges,” she said.

But the report found some fares were hit harder than others.

Prices for discounted economy fares rose the most, the Commission found, with the average fare in November 2022 costing more than double what it did in April 2022.

Higher priced flexible economy and business airfares were not impacted as much – an issue that the Commission would continue to monitor, Brakey said.

“We accept that the airlines are still experiencing some pandemic-related resource challenges but the ACCC will be monitoring them closely to ensure they return capacity to the market in a timely manner to start easing pressure on airfares,” she said.

“We would be concerned if airlines withheld capacity to keep airfares high.”

In better news for Australian travellers, the report also found flight cancellations and delays were falling closer to normal levels.

An average of 2.9 per cent of domestic flights were cancelled in October this year, down from 6.4 per cent in July.

Jetstar and Virgin recorded the highest number of flight cancellations, at 3.9 per cent and 3.6 per cent respectively, both of which were above the long-term average of 2.1 per cent.

Flight delays across the industry also fell from 45 per cent in July to 30 per cent in October, though remained well above the long-term average of 18 per cent.