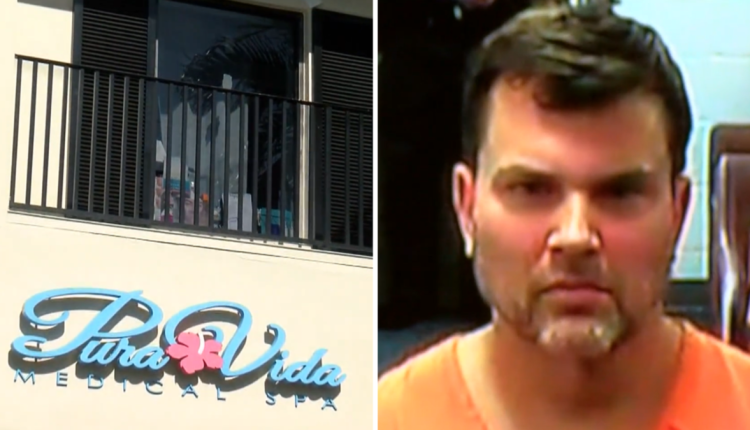 A Florida doctor accused of raping his sedated patients was found dead this week in what has been ruled a suicide, officials said.

An officer found Eric Andrews Salata, 54, dead in a ditch on Monday after authorities got a call for a welfare check about eight hours after his ankle monitor appeared to have been switched off, according to the incident report which adds a gun was found near his body.

Police arrested Salata on November 21 at his clinic, the now-shuttered Pura Vida Medical Spa in Naples, after two women alleged he raped them while they received cosmetic medical treatments under sedation, Naples police said.

Salata was arrested on two counts of sexual battery to a physically helpless person, and detectives with a warrant searched the clinic for evidence, police said.

He was released on $US100,000 bond the next day and ordered to surrender his passport and wear a GPS monitor until his arraignment, which was set for December 19, according to jail and court records.

Salata operated the spa — which offered treatments including Botox, fillers, fat reduction, vein treatment and other cosmetic procedures — with his wife, according to an online directory of businesses in the area. Salata’s wife was at the office at the time of the arrest, according to the arrest report.

Salata’s wife did not immediately respond to requests for comment.