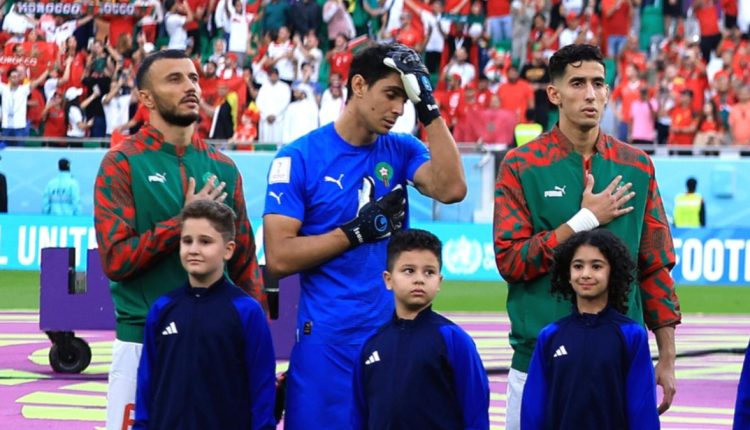 Bounou lined up with the Morocco team for the national anthems and then went to speak to coach Walid Regragui.

After an embrace with Bounou, Regragui turned to speak to reserve goalkeeper Munir El Kajoui.

El Kajoui then ran onto the field in time to be included in the pre-match team photo and didn’t allow a goal as Morocco defeated the world’s No.2 side.

Regragui somewhat cleared up the mystery swap after the match.

“He came to me (after the anthems), he didn’t feel right,” Regragui said.

“And he asked if we should substitute him.”

The 31-year-old Bounou, who was born in Canada, is Morocco’s No. 1 goalkeeper and plays for Spanish club Sevilla.

He played in Morocco’s 0-0 draw with Croatia in the opening round of group games but it is now unclear if he will face his birth nation on Thursday.

Meanwhile, Regragui celebrated a six straight clean sheet since he took over in September.

But he kept a lid on it as Morocco seek to reach the knockout stage for the first time since 1986.

“Today we have achieved nothing. I know everyone is delighted but I know football and you need to respect the game,” Regragui said.

“I want everybody to be happy now but we need to recover quickly and get back to work. Canada will be a hard team to play and we have to respect them.

“We have to keep fighting, we want to get past this round and go to the next level.”

Regragui was effusive in his praise for his squad.

“We played against one of the best teams in the world with big players, but we know that if you don’t give 100 per cent, it is impossible to win,” he said.

“With these players and these fans, anything is possible.”