From rugby to sailing: Wallabies star dreams of competing in Sydney to Hobart 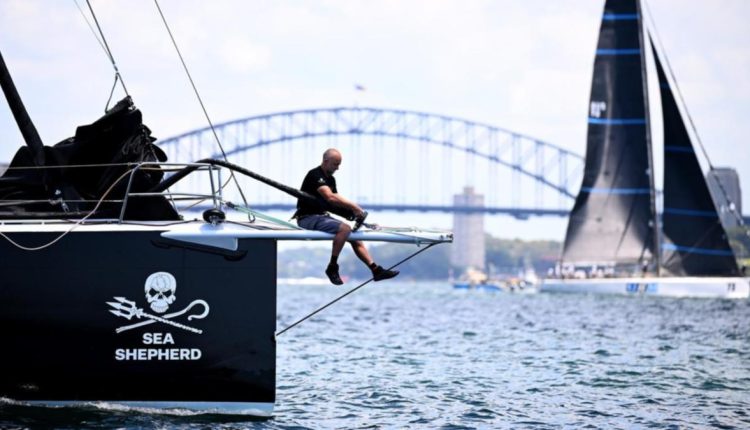 A spell aboard maxi yacht Willow has renewed Michael Hooper’s interest in one day sailing in the Sydney To Hobart – provided the former Wallabies captain can get over his seasickness.

Hooper was a member of Willow’s crew for the Big Boat Challenge in Sydney Harbour, the last major event on the Australian sailing calendar before the big race begins on Boxing Day.

WATCH THE VIDEO ABOVE: Big rule change coming to his year’s Sydney to Hobart.

Wallaby greats Phil Waugh and Kurtley Beale are among the ex-footballers to have participated in Australia’s most famous yacht race in past years but Hooper has previously been unavailable to follow in their footsteps.

“I’ve had an association with quite a few of the Waratahs over the years who have sailed with me and worked with me,” Willow skipper Jim Cooney told AAP.

“’Hoops’ was keen to do the Hobart back in 2020, the one that was cancelled, and then last year he was very busy with the (Wallabies) tour.”

But Tuesday’s race fell in Hooper’s holidays, paving the way for him to join Cooney’s 70ft yacht, which claimed handicap honours and was only beaten to the line by the four 100ft super maxis.

“I get a bit seasick so I’m not in for the full quota (to Hobart) yet. I’ll build up to that.

“But it was a great taste today and definitely one day I might build up the confidence and courage to get there.”

There are no passengers on the good ship Willow as Cooney had Hooper’s 101kg frame at work as a grinder, manually operating the winches that help direct the sails.

The role is considered one of the more physically demanding duties a crew member can perform.

“It was intense. The boat gets moving and there’s a fair bit happening,” Hooper said.

“I was impressed by how the team worked out here today and their communication and the camaraderie between the crews is pretty cool.”

Cooney was hopeful Hooper could shake off his sea legs and go the whole hog next year.

“We’ll try to get him on board for the big race next Christmas,” he said.