‘Freaks me out’: How first home buyers are grappling with mortgage hike headaches 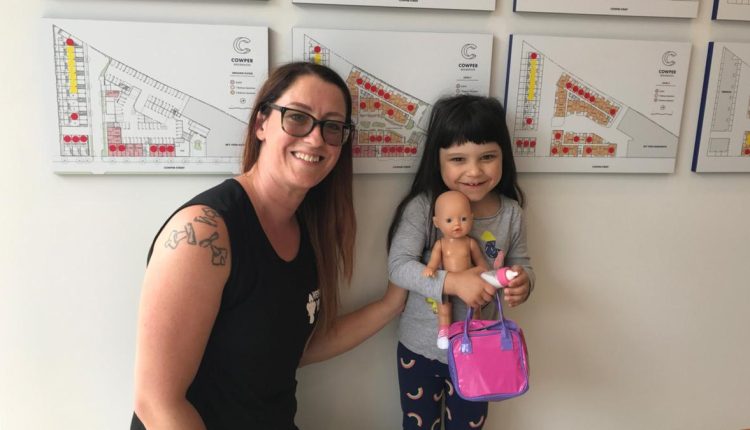 Buying a first home is daunting at the best of times.

But myriad twists and turns in Australia’s housing market has made navigating the maze of homeownership even more difficult for buyers.

Watch more on this story in the video above

When the pandemic struck, the cash rate was dropped to 0.1 per cent in a bid to give Australians some financial leeway.

It was foreshadowed the rate would not be increased again until 2024, meaning many people borrowed thinking they could get ahead on their repayments.

But that all changed this year when, in May, the Reserve Bank board voted to hike the rate in the face of rising inflation.

That was followed by three more consecutive rises, bringing the interest rate from 0.1 per cent to 1.85 per cent.

For an Australian with an average home loan, the latest 0.5 per cent rise means an extra $174 to their monthly repayments.

While that might not sound like a lot on paper, it can be daunting for people who are navigating their first few months of mortgage ownership.

Fears over what could happen

Ferdi Hepworth is one of those Australians.

She moved into her Footscray home earlier this year after four long years of waiting, initially buying off the plan before COVID-related delays.

Her move-in day came soon after the second of the four rate increases.

The single mum and self-confessed “nervous Nellie” told 7NEWS.com.au she was bracing for the housing market to go “tits-up”.

“We were kind of planning but not able to implement until we got really close to the build, which I found quite frustrating,” she said.

“It’s just the way it is, though, and so it was a bit impossible to plan knowing that (rates) were definitely going to increase.”

She said she managed to lock a majority of her mortgage, meaning most of the loan is under a fixed rate while some is subject to variable rates.

To brace herself for any increases, the first home buyer budgeted for her “worst case” scenario.

“At the moment when my rate is fixed and I know exactly how much I can allocate, because I’ve got a little bit of a buffer, I’m just throwing a little bit more into my mortgage every month,” Hepworth said.

“I’ve got that back-up because I just can’t stand the idea of standing too close to the line with the mortgage payments.

“That really freaks me out.”

Hepworth and her daughter Olive are now settled into their home. But there are still plenty of Australians scouring the market.

Young couple Massimo di Bennardo, 27, and Stephanie Menotti, 24, are among them.

They were in the final stages of buying a home at the end of last year before an 11th-hour intervention caught a cladding issue.

If they had put pen to paper, they would have been lumped with a $40,000 bill on top of their moving expenses.

They have since connected with Melbourne-based mortgage broker Andrew Wheatley and say, in the months since, the market has changed dramatically.

“Ever since then we’re kind of being back on the market and obviously, back then was a good time for us to buy with interest rates being so low,” Menotti said.

“We had, I think, when we put in that offer, we had an interest rate with Bank of Melbourne at, like, 1.89% for two years.

“And now … being back on the market and looking, the interest rate obviously have risen.”

Now, the couple is looking at an interest rate in the vicinity of 2.4 per cent, at best.

Di Bennardo says he’s comfortable waiting out the turbulence until rates normalise and house prices steady. Menotti is a bit harder to convince.

But the couple agree they are not going to jump into the market without first balancing their budget.

“If we did find a gem and if it was in our means and we were comfortable with payments and stuff, and we weren’t gonna be eating tuna and rice every night,” they would consider a purchase, di Bennardo said.

“(But) if it means that we’re gonna have to sacrifice a lot of disposable income, then it’s simply not worth it.

“We still want to be able to, you know, go out maybe once a week, twice a week and get your hair done or nails normally.”

She likened it to someone having to buy a new washing machine every month.

“Some borrowers may now be hitting the panic button as the rate hikes start to snowball,” she said.

“Finding an extra $500 a month to cover the mortgage will be a struggle for many families who are already juggling rising grocery and petrol costs.”

“Inflation is expected to peak later this year and then decline back towards the 2-3 per cent range,” he said.

“The expected moderation in inflation reflects the ongoing resolution of global supply-side problems, the stabilisation of commodity prices and the impact of rising interest rates.”

He also alluded to more increases in the next few months but said it was not set in stone.

“The board expects to take further steps in the process of normalising monetary conditions over the months ahead, but it is not on a pre-set path.

“The size and timing of future interest rate increases will be guided by the incoming data and the board’s assessment of the outlook for inflation and the labour market.

“The board is committed to doing what is necessary to ensure that inflation in Australia returns to target over time.”

From blow-up mattress to $40 million empire: How one Aussie turned ‘chaos’ into a thriving business

Aussies say their rents are being bumped by as much $150 a week – but is it even legal?