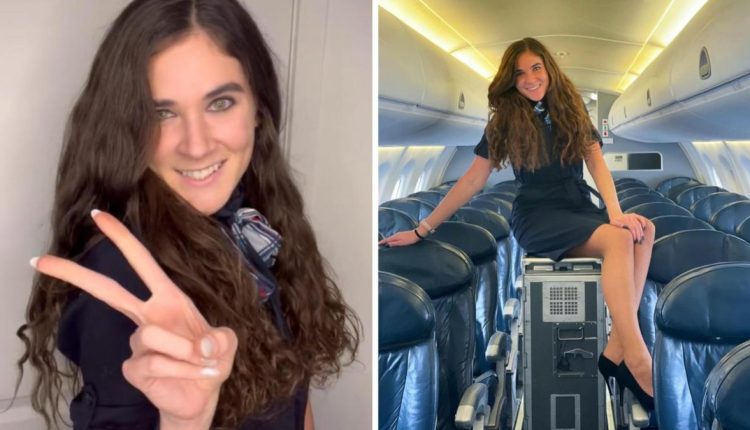 A flight attendant has offered her travel secrets, ranging from the best days to buy cheaper tickets to landing a free first-class upgrade.

Cierra Mistt, from the US, shared her insider knowledge on TikTok after learning the ins and outs of the travel industry – including why passengers should always sit in the last row.

WATCH THE VIDEO ABOVE: How to score free first-class upgrade

“One thing airlines don’t want you to know is that the majority of the flights, we have to move people for weight and balance purposes,” she explained.

“That being said, if you want to fly first class and not have to pay for it, I highly suggest that you choose sitting in the last row because if we do have to move people for weight and balance purposes, that’s where the flight attendant is going to go.

“Normally all aircrafts are tail heavy so if we have to move people up to the front, where do you think we’re going to take them from? The back.”

Interestingly, Cierra said there are “lots of ways to score free upgrades to first-class.

“Not a lot of people know about it so we should talk about it. One of the easiest ways to get free upgrades is literally being nice to gate agent and flight attendants,” she said.

“The miracles we can work when we’re given (snacks) or a bag of chocolates, especially those long days where we have back-to-back flights and don’t even have time to go get some food.”

She said passengers have a high chance of scoring a free first-class upgrade if they’re offered a later time to fly due to overbooked flights.

“Everyone is flying right now and a majority of airlines are overbooking every single flight. If everyone does show up, including the extra passengers that were oversold their tickets, the airlines have no choice but to financially compensate,” she said.

“They normally start off with vouchers for like $500. Normally they say voucher but you can ask for it in cash. But depending on the flight and how desperate they are, the vouchers could go up to $3000, $4000 to $5000.

“This is where the free upgrades come in. You can also ask for other incentives. For example, drinks, dinner, breakfast, even a hotel if you have to stay overnight until the next flight. And yes, first class.”

For cheap flights, Cierra said you should always buy your tickets on Tuesdays, Wednesdays and Thursdays.

“That’s when they’ll be the cheapest,” she insisted.

She even suggested a way to change the location of your IP address to find cheaper flights.

“I highly suggest you use a VPN so they don’t know what country you’re searching flights from because normally if you’re looking in the United States, they’re going to jack up those prices way up,” she said.