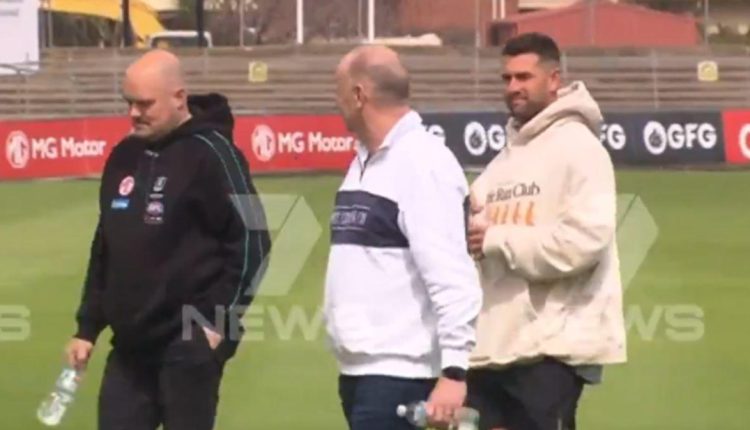 After originally telling media he had no plans to meet with the Power – and that he was only in Adelaide to visit family – the in-demand Tiger was caught on camera at Alberton Oval with the club’s heavy-hitters.

It has been widely reported that Graham, 24, is open to a trade despite having a contract for next season.

With top-line Greater Western Sydney midfielders Tim Taranto and Jacob Hopper set to join Richmond next year, Graham could be forced out of the Tigers’ best 22.

Davies said on Tuesday that Graham was among South Australian born players of interest to his club.

“We have got interest in South Australian players who might be interested in coming home, definitely,” Davies told Trade Radio.

“Jack is obviously a good player. I am not sure where his situation is at with Richmond.

“But any player who … is from South Australia and wants to come back, we have got to take an interest in them.”

Port Adelaide had their eye on Western Bulldog Josh Dunkley, but the wantaway midfielder has named Brisbane as his preferred destination.

Dunkley’s partner Tippah Dwan was the major draw card for the Power’s pitch to Dunkley, given Dwan plays for the Adelaide Thunderbirds in the Super Netball league and lives in South Australia.

Graham played in Richmond’s 2017 and 2020 premierships, missing out on the 2019 flag after battling shoulder and hamstring injuries throughout the year.

7NEWS sports reporter Mitch Cleary believes Graham, at 24 years of age, will be a “great addition to the Port midfield”.

With Travis Boak turning 35 next year, the club is looking to bring in an experienced mid to help support young guns Connor Rozee and Zak Butters.