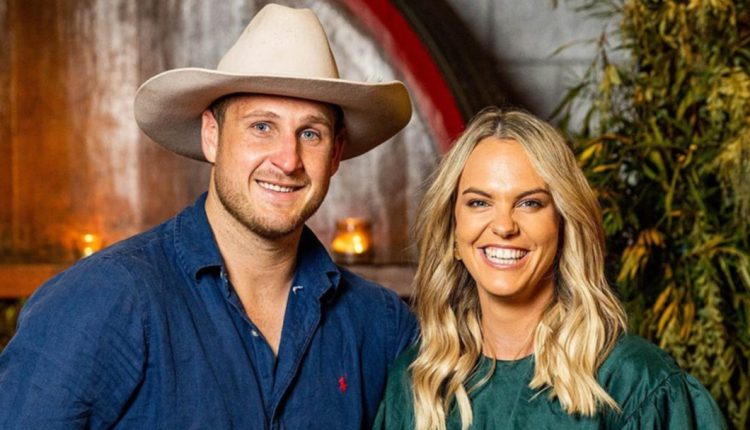 Farmer Wants A Wife’s Ben and Leish shocked the show’s fans on Friday by announcing they had split up, five months on from filming the reunion episode.

In an emotional message posted to Instagram, Leish said she was “completely heartbroken” that she and Ben had “parted ways.”

“I tried everything I could to make our relationship last after the show (Including wanting to move to the farm earlier. Yes, everyone, I was always planning on moving),” she wrote.

“But unfortunately, it wasn’t there for Ben anymore, and I was left absolutely shocked and heartbroken,” she said.

“I gave it my all and fell in love with Ben, his daughter and family (which hurts that little bit extra).

“I am thankful for the support I have had these past few months from the other girls on Ben’s farm and the other farms. They have been true selfless legends in helping me heal.

“I wish Ben all the best,” the post ended.

Now, fans of the show – and the couple – have flocked to social media to theorise on why Ben and Leish had broken up, given that they looked so loved-up on the show.

When Leish’s statement was posted on reality TV site The Wash Online’s Instagram page, many wondered if Ben had realised he was actually in love with the other contestant he was drawn to, Kiani.

Kiani, one of Sam Armytage’s “picks” who arrived a little later than the original group of hopefuls, immediately caught Ben’s eye, and it was clear that they had a physical attraction, even kissing a day before Ben told Leish he was in love with her.

“Maybe he will go after Kiani, perfect match those two,” said another.

“He changed his behaviour with Leish after he (saw) Kiani,” a third remarked.

“He’s most likely gone back to Kiani,” agreed another.

But some viewers wondered if Ben wasn’t still hung up on the mother of his daughter and had perhaps tried to make it work with her.

“He’s still in love with his ex,” one person theorised.

“Still hung up on previous relationship,” another said.

Most fans, however, were saddened by the news of the split.

“Oh no, I thought these two were great together!” one person wrote.

“I thought you guys would be together forever!”

“I thought Leish was his match and they would work it all out re distance,” wrote another.

In the recently-aired reunion special, Ben admitted he and Leish had had a “rocky” start after the show ended.

He said Leish was “obviously upset” that he had kissed Kiani after promising her he wouldn’t be kissing anyone else on a final date.

“It was hard and put her mind in a bit of a spin,” he told host Natalie Gruzlewski.

In previously unseen footage shared from when Ben broke the news to Leish, he told her: “I’m sorry that it happened because I do love you so very much.

“I hope that moving forward, our connection outweighs what has happened.”

Leish was seen responding: “I think I just need some time to think”.

To the cameras, she admitted she was “a bit unsure and numb and I’m very hurt … is it really love if that’s what you go and do?”

Leish packed her bags and left the farm, with Ben sharing that when she departed it was “heartbreaking”.

“It was heartbreaking to see her walk away the way she did, and I thought ‘I’ve lost her’,” he said.

“There goes my opportunity to have love and have someone special in my life again.”

But they had a go at making it work, telling Gruzlewski they were “very much still together.”

“She just means so much to me and I’d be lost without her,” he said at the time.

AGT premieres 7pm on Sunday October 9 on Channel 7 and 7plus.