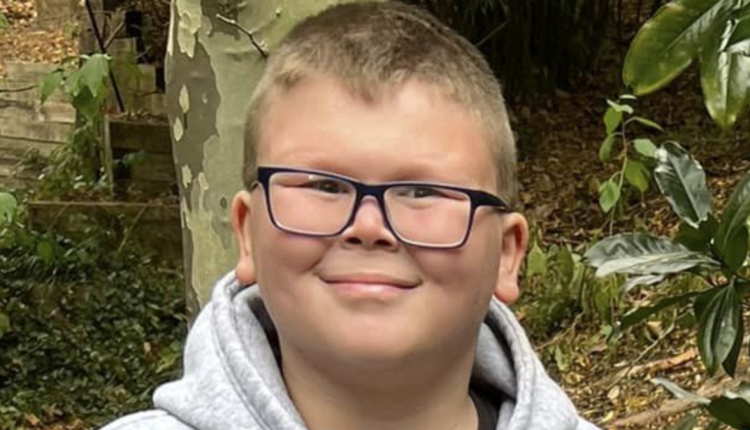 An eight-year-old has died in a ‘freak accident’ after he choked on a bouncy ball while at school.

According to US news outlet WHAS11, Landon McCubbins died in hospital on Monday, November 21 after the choking incident at Boston Elementary School in Kentucky.

Lauren McCubbins, Landon’s mother, rushed to the school after being told her son had started choking.

Emergency services had already begun treating the year three student as the local fire department was nearby running drills.

Both Landon and his mother were airlifted to Norton Children’s Hospital, where the eight-year-old died.

“You never plan to bury a baby,” Lauren told WHAS11.

Emma McCubbins, Landon’s aunt, said she never thought she would have to worry about something like this happening to her nephew.

“He just choked on a ball, something you never think, with a kid that age, you would have to worry about something like that,” she said.

“We never would have thought we would bury him.

“We thought he would be burying all of us because that’s how it’s supposed to work.”

In a post on Facebook, Lauren described what happened to her son as a ‘freak accident’ and said no one at the school was to blame.

“Everyone did absolutely EVERYTHING they could to save my baby,” she wrote.

“It was a freak accident that happened because he wasn’t aware of the danger of the game he was playing.

“Landon fought so hard and it just wasn’t enough.

“We can’t focus on the would have, should have, could have. We have to focus on Landon. That special, special boy.”

In a statement sent to students and their families, Boston School principal Nikki King said that Landon was “loved deeply by his classmates and teachers”.

“Landon is best described as a friendly and helpful student that loved to be at school. Boston staff members shared he was such a great hugger and was passionate about farming.”

A funeral service for the eight-year-old was held on Monday. Hordes of trucks took part in the service, commemorating the young boy’s passion for the vehicles.

‘Christmas Miracle’: Woman reunited with family 51 years after being abducted as a toddler