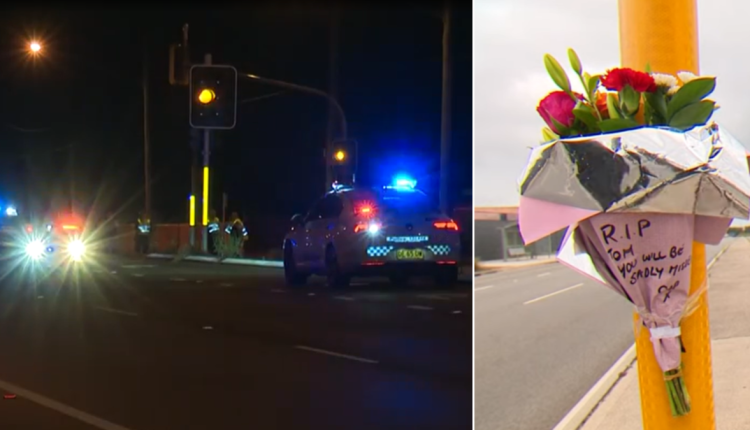 A staggering death toll on NSW roads over the October long weekend has triggered a desperate police appeal to motorists.

Eight motorists, passengers and pedestrians ranging from children to grandparents lost their lives across NSW since 12am on Friday.

WATCH THE VIDEO ABOVE: Road death toll climbs in NSW over long weekend

Six more people were injured in the same collisions.

The string of tragedies has prompted NSW Police Traffic and Highway Patrol Commander and Acting Assistant Commissioner Trent King to make an emotional appeal to the public.

“I am pleading with all NSW motorists and road users today – please slow down, obey the road rules, drive to the conditions and be aware of your surroundings – including other road users,” King said.

“Despite the growing road toll, day in and day out we continue to stop and book drivers for speeding, using their mobile phone, drink or drug driving, and for not wearing a seatbelt.

“We much prefer taking these actions than we do knocking on the front door of a home late at night to inform a family that they have lost a loved one.

“Long weekends are a time for families and friends to spend together, not be told that their loved one has been killed in an incident on our roads,” he said.

A single-vehicle crash on the state’s mid-north coast at 12.35pm on Friday killed a man and left a woman in a serious condition after a vehicle reportedly left the road and crashed into a tree.

The 32-year-old male passenger died at the scene on the Pacific Highway, Pampoolah, south of Taree, and the 24-year-old female driver was treated by paramedics at the scene before she was airlifted to John Hunter Hospital in a serious condition.

Eighty-year-old Tomislav Kolega was struck by a Daihatsu sedan at 6.15pm on Friday on Sunflower Drive, near Gipps Street, Claremont Meadows.

He was treated at the scene by witnesses and paramedics but could not be revived. The 24-year-old male driver was taken to Nepean Hospital for mandatory testing.

The grandfather of nine had reportedly just left his daughter’s house, and was crossing the road when the incident occurred.

His family told 7NEWS Kolega had previously complained about the speed limit on road and how briefly the pedestrian crossing light stayed green.

“Coming across with my small children, we get about half way with the green light, and then it starts flashing red, and cars just don’t look. They don’t pay attention,” Danyal told 7NEWS.

Another collision just before 7pm on Castlereagh Road, near Hinxman Road, Penrith, claimed the life of a 32-year-old man.

He was reportedly struck by a Mazda BT-50 utility and treated at the scene by witnesses and paramedics but could not be revived. The 43-year-old male driver was taken to Nepean Hospital for mandatory testing.

In regional NSW, another pedestrian was reportedly struck by a ute and killed on the Barton Highway, Murrumbateman just after 6.30pm on Friday.

The 83-year-old woman was treated at the scene by witnesses, but could not be revived. The 25-year-old male driver of the Mitsubishi Triton utility was taken to Yass District Hospital for mandatory testing.

A single vehicle crash involving an adult, teen and child took place just before 11am on Flaggs Road near Depot Road, Merriwa on Saturday.

The vehicle reportedly left the roadway and hit a tree before rolling a number of times.

A 10-year-old boy died at the scene, and the second passenger – a 15-year-old girl – was taken by road to John Hunter Hospital in a stable condition. The 47-year-old male driver was airlifted to the same hospital in a critical condition.

A Ford Falcon sedan was travelling west along Stoney Park Road, Burrumbuttock – about 30km north east of Albury – when the vehicle left the roadway and hit a tree between 1am and 8am on Sunday 2 October 2022.

The 22-year-old male driver and only occupant of the vehicle died at the scene.

A two-vehicle crash on the Kings Highway in Bungendore around 3.20pm on Sunday claimed the life of a 17-year-old male driver a Nissan X-Trail, who died at the scene

The other driver, a 71-year-old man, and his 66-year-old wife were trapped in their Toyota Kluger before being assisted a short time later and transported to Canberra Hospital suffering fractures. They are said to be in a stable condition.

Another two-vehicle crash 30km southeast of Dubbo on the Mitchell Highway at Geurie just after 4.15pm on Sunday claimed the life of a 69-year-old female driver.

She died at the scene, and her 69-year-old male passenger was airlifted to Liverpool Hospital with serious injuries.

The 71-year-old female driver of the second vehicle was also flown to the same hospital with serious injuries.

Investigations into how each crash occurred are ongoing, and reports are being prepared for the coroner.