Devon was once a violent man. Now he has a bold plan to end the cycle of domestic abuse 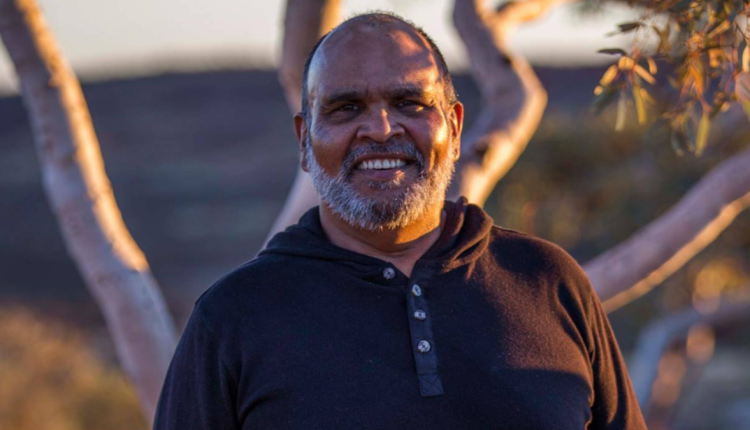 Devon Cuimara readily offers up the fact that he was once a violent man.

He left an abusive home and started abusing his own partner until he found a way to break the cycle of family violence. It’s this lived experience that allows him to help others do the same.

As Devon says, the problem is widespread.

A 2018 report by the Australian Institute of Health and Welfare found Indigenous women are one of the most at-risk groups for family violence, being 32 times more likely to be hospitalised than non-Indigenous women.

And two in five Indigenous homicide victims (41 per cent) were killed by a current or former partner.

For Devon, it’s been more than two decades since he has used violence.

He now spends his time working as the founder and chief executive of the Aboriginal Males Healing Centre (AMHC), a not-for-profit organisation working to break the cycle of domestic violence in Western Australia’s Pilbara region.

The centre is based in Newman, a small mining town almost 1200km northeast of Perth, with a large indigenous population that has become vulnerable to poverty, alcoholism, drug abuse and domestic violence.

The AMHC was born after Devon’s own attempts to use mainstream rehabilitation services fell flat because he says they failed to address decades of intergenerational trauma which dates back to colonisation.

“I’m a member of the Stolen Generation so I have many triggers that make me want to suppress my pain including alcohol and drug abuse,” he said.

“We’re not actually confronting or dealing with that mental health issue.

“I had a unique set of circumstances as an Aboriginal person as to why I was who I was … (and) there are no culturally appropriate services that deal with the perpetrators in WA, particularly residential.”

Instead, with the will to change, Devon’s mind and body became his “healing space”.

He realised if he could learn it, he could un-learn it too.

While the AMHC operates a drop-in counselling service, the long-term vision is to create a 12-month residential healing program incorporating Western clinical care, underpinned by Aboriginal culture and lore, developed and delivered by Elders.

The program would be available to men on a voluntary basis or to those referred by courts and correct services.

It aims to fill the gap that police orders and jail terms create by simply removing the men temporarily and returning them without effective rehabilitation.

“We need to listen to people with lived experiences – not just the victims, but the perpetrator too because they’re the problem – we’re actually enabling the problem by excluding and isolating them with a punitive process.”

Devon said the centre would create a “culturally safe space to work on those traumas”, something he said can’t be dealt with in a “mainstream way”.

It’s a big investment, but he says “women and children are worth it”. The problem is, they can’t get the funding.

“We’ve got land, we’ve got programs, (the costs are) coming out of my pocket and people are working voluntarily.”

Associate Professor at the Curtin School of Law and member of the UN Permanent Forum on Indigenous Issues, Dr Hannah McGlade told 7NEWS.com.au that culturally appropriate intervention programs – like Devon’s – are “critically needed”.

“It’s not smart justice to continually use an approach – a Western legal approach – that doesn’t work. It’s not smart or acceptable to have programs that don’t meet the needs of Aboriginal people,” she said.

“Women and men need to have programs designed, developed and delivered by Aboriginal people.”

Dr McGlade said that while the rate of violence against Aboriginal women is “staggering” – it’s still an underrepresentation.

“It can’t even be properly measured because many Aboriginal women won’t call the police, and the risk of calling the police is that children are removed, and there’s no help for the men,” she said.

“Women are running from homes while men are free to come and go with no treatment or support, no rehabilitation.

“We’ve been talking about this for a long time and we haven’t been heard.”

Operating on extremely limited resources, the AMHC partnered with ECINS Australia in 2018 and adopted their Case Management Module to start collecting data to measure the extent of the problem and monitor the efficacy of their interventions.

More recently, AMHC has deployed the ECINS Client Engagement Module – an encrypted communications app that allows practitioners to contact clients directly and allows them to take charge of the healing process.

The system includes a shared calendar, the ability to set tasks or send information and create action plans including family support mechanisms. Some 28 men are currently using the technology.

“We put the offender where we can see him, and we have a better chance of knowing what he’s capable of doing. Every little bit of information counts,” Devon said.

The organisations are also working towards sharing the data with other social support organisations to deliver “wraparound” support.

Thomas Pettengell, ECINS’ Australia Operations Manager said by “enabling this sort of alliance approach, the perpetrator, the victim and the children, can receive the support they need”.

Armed with this data and the ability to demonstrate the impact of his work, AHMC has expanded its services to more people while developing an application for a $40 million government endowment to develop the residential facility.

ECINS has since launched an Australian Community Support Program, replicating its partnership with the AMHC, to offer $500,000 worth of free software services and subscriptions to indigenous organisations and educational institutions.

“Without a monitoring evaluation system, then we’re just an empty vessel,” Devon said.

“These are baby steps but considering all the heinous crimes that have taken place against women with regards to this subject matter of family violence – it’s a no brainer for us.”