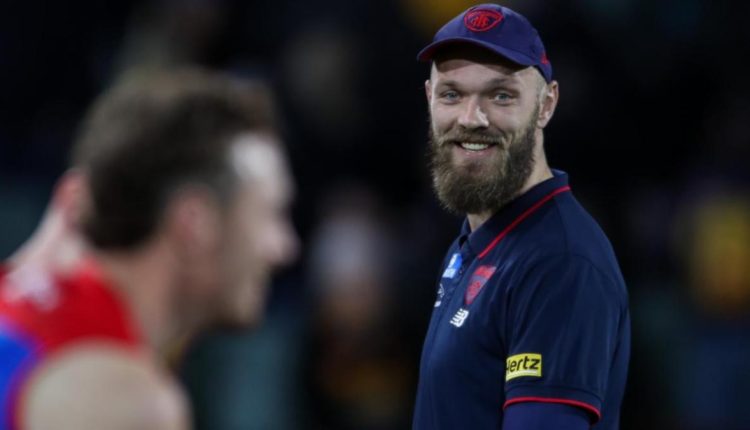 Gawn, who has missed two games because of an ankle injury, will play for the reigning premiers against Geelong next Thursday night.

The clash between Goodwin’s ladder-leaders and the Cats, who will likely hold second spot by then, commences a high-stakes stretch for the Demons.

Games against Port Adelaide, the Western Bulldogs, Fremantle, Collingwood, Carlton and Brisbane loom for Melbourne before the finals when they’ll seek back-to-back flags.

“Don’t look at the draw too much,” Goodwin said.

“Tough footy leading into a type of (finals) preparation is great so we will embrace every opportunity we get.

“Our game is in good shape. We’re in a really healthy position and have laid some great foundations.

“And we have got to continue to find ways to get better. We won’t seek perfection but we will seek improvement.

“And our group is very driven to continue to improve and continue to find different ways to win.”

One different way was against lowly Adelaide on Saturday night.

The Demons were without Gawn and his support ruckman Luke Jackson.

They lost hitouts 57-13 to the Crows yet won by 29 points to remain a win clear atop the table.

Goodwin said Gawn was a certain starter for the Geelong blockbuster after training in Adelaide on Saturday morning.

“He did pretty much a match load today and moved really well so he will be right,” Goodwin said.

“He’s our captain, he’s our leader, he’s a really important player for us.

“So to not have him for the last couple of weeks and still get the results is really pleasing for our group.”