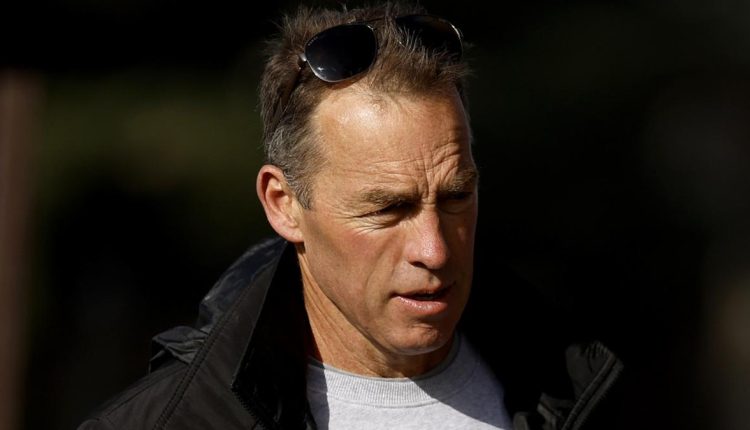 Four-time premiership coach Alastair Clarkson has ‘grave’ concerns for the fairness of an impending investigation into his behaviour at Hawthorn and believes that a just outcome may never happen due to media coverage “irrevocably” corrupting the process.

The AFL will investigate Hawthorn’s treatment of Indigenous players after Clarkson, along with former Hawks footy boss Chris Fagan and staffer Jason Burt, were the subject of distressing allegations surrounding the club’s handling of several AFL players and their families, including pregnant partners.

WATCH THE VIDEO ABOVE: Tom Browne with the latest on Hawthorn’s scandal.

Clarkson, who will delay starting his new role at the Kangaroos until the investigation is resolved, denied the allegations last week, but was forced to respond again on Wednesday when extracts of the report were released.

“Since learning of the allegations first reported in the media last Wednesday, I have been shocked and deeply distressed,” Clarkson said via a statement.

“It remains profoundly disappointing that these matters are now being widely canvassed in the public domain without the opportunity being given to me or others to give our accounts or even read the Hawthorn report, which to this day I have not seen.

“The further recent publication of purported extracts from the report means I now have grave concerns that any chance of a fair process and just outcome have been seriously undermined, if not irrevocably corrupted.

“The failure to maintain the confidentiality of the review and further damaging public speculation means I have no option but to express publicly, in the strongest and most emphatic terms possible, that I did not behave in the manner claimed.

“I believe the genuine affection I held for all the players who walked through the doors into Hawthorn is well known. I have always appreciated and respected the unique journeys of First Nations players into the highest echelons of Australian Rules Football. I have been committed to acknowledging and understanding their many varied experiences and brought all my efforts to ensuring these players are given the opportunity to realise their dreams. But not at any cost, and never at the cost of their families as has been alleged. Any suggestion to the contrary is false and deeply offensive.

“People who know me will understand how important family is to me, I have always carried this value into every organisation I have worked with.

“I acknowledge how difficult it is for any player, and in particular First Nations players to tell their stories about deeply personal matters and I respect every player that has spoken to either the ABC or Phil Egan as part of the Hawthorn Football Club process. Every person has their story and the right to tell it.

“However, as the allegations against me have been spread widely and sometimes presented as indisputable matters of fact, I must state that my clear memory of the matters reported is very different.

“I will continue to cooperate with the AFL and I am trying to retain my trust that it will put in place a fair, respectful and supportive process for all involved.

“However, I will not hesitate to take further steps to protect my position and reputation should that be necessary. I do not intend to make any further comment publicly on the process or on further media reports.”