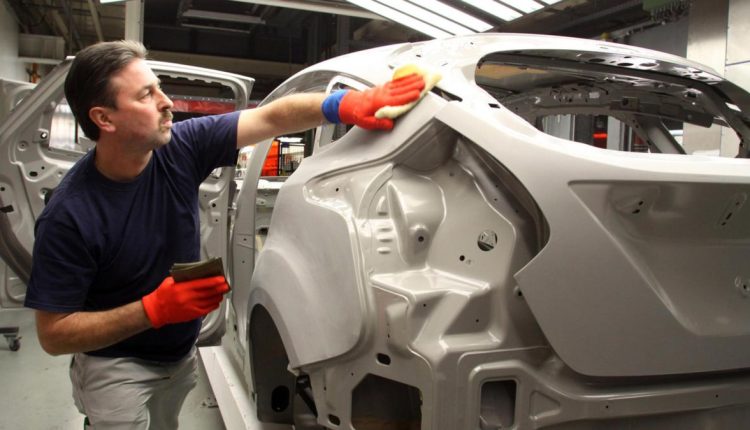 The longstanding Focus and Fiesta nameplates were the first casualties of the EV drive at Ford of Europe, now news is emerging the automaker will soon unleash a big wave of redundancies and sell its Saarlouis, Germany factory.

The German IG Metall union has told Reuters Ford is considering axing up 2500 people or 65 per cent of its European product development department, and around 700 people in administrative roles. The bulk of the layoffs will occur in Germany.

Ford says discussions with works councils are continuing, and a final decision should come by mid-February. Previously the automaker warned the shift to EVs would require “structural changes” as electric cars require fewer workers to build.

Additionally its upcoming pair of Euro-focussed electric crossovers will use Volkswagen’s MEB architecture, while future EVs will employ an architecture being developed in the US.

One of the biggest losers in this potential slimming will be the Merkenich technical centre, just outside of Germany. Merkenich is responsible for development of the Fiesta and Focus, both of which are being axed. The Fiesta set to finish up this year, and the Focus is doomed by 2025.

Both of these models have been axed as the company focuses – sorry – on their more profitable crossover siblings, the Puma and Kuga/Escape, and shifts to an all-electric passenger lineup across Europe by 2030.

With the Mustang Mach-E already on sale, the second wave will come in the form of two crossovers based on the Volkswagen MEB architecture. These will be built in Ford’s Cologne factory, which currently produces the Fiesta.

While the Cologne factory’s future is assured, it’s unclear what will become of Ford’s plant in Saarlouis near the border of France and Luxembourg.

Saarlouis currently produces the Focus hatch and wagon, and has been under a cloud since June 2022, when the Blue Oval announced European production of the Focus would wrap up in 2025. It also lost an internal bidding war with Valencia to build a future generation of EVs.

Sources have told the Wall Street Journal Ford is hoping to sell the German factory to BYD, the Warren Buffet-backed Chinese automaker.

In October 2022, BYD told Reuters it was hoping to make electric cars in Europe in the near future. It already has an electric bus factory in Poland, and since early last year BYD’s range consists only of plug-in hybrids and pure EVs.

It has also been pushing into more overseas markets, launching in Australia in the latter part of 2022.

According to the newspaper senior Ford executives will fly to China next week for formal discussions. The talks are said to be at an early stage, so it’s possible a deal may not happen.

Ford and the Saarland state government are working together to find new owners or uses for the Saarlouis factory. All up there are said to be 15 parties interested in purchasing the site.