Brazil superstar Neymar in tears after ankle injury: ‘It’s too early to say’ 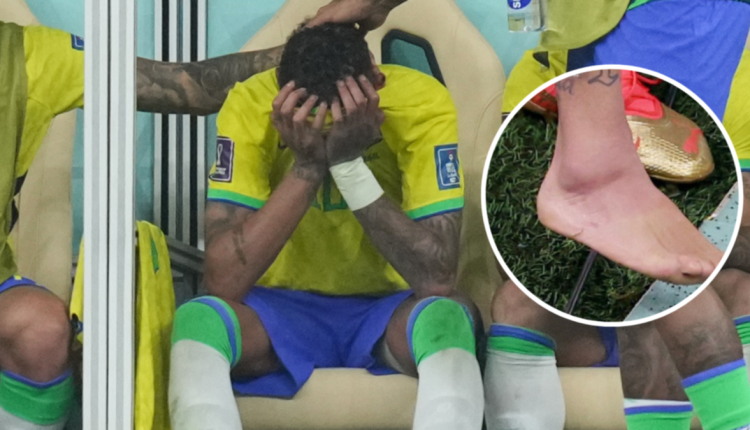 Brazil star Neymar has a sprained ankle and the next 24-48 hours will determine how serious the injury is.

Team doctor Rodrigo Lasmar was quoted as saying there is swelling on the ankle.

WATCH THE VIDEO ABOVE: Brazil striker scores ‘goal of the World Cup’ contender

Neymar was substituted after 79 minutes in the 2-0 World Cup win over Serbia.

“We have already started treatment and we need to be calm and patient. It’s too early to say (how bad it is).”

Brazil next meet Switzerland on Monday in Group G.

“I hope it is nothing bad,” defender Alex Sandro told reporters at the Lusail Stadium.

Neymar had ice taped to his ankle and was crying on the bench after being substituted.

His injury apparently came after he was tackled during a breakaway in the second half.

He limped for a while but kept playing until his substitution.

Doctors began treating him immediately in the final minutes of the game at Lusail Stadium.

The 30-year-old Neymar has yet to win a major title with the national team.

He helped the “Selecao” win the 2013 Confederations Cup and its first Olympic gold medal at the 2016 Rio de Janeiro Games.

With 75 goals for the national team, he is two shy of Pele’s scoring record.