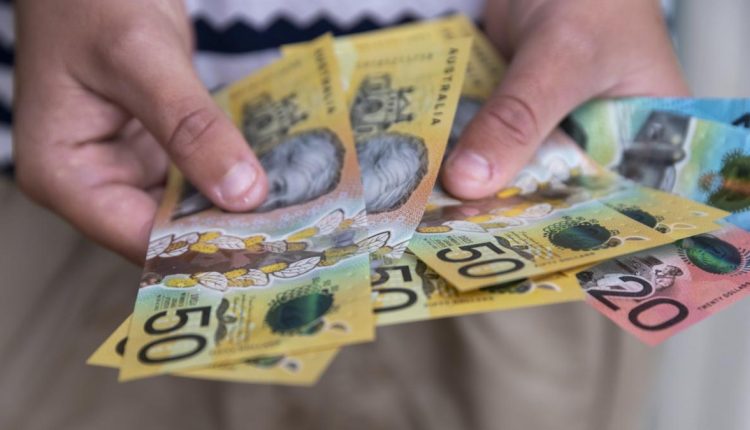 Three of the big four banks have revised their forecasts for further interest rate hikes after a lower-than-expected increase on Tuesday.

The Reserve Bank of Australia on Tuesday hiked the cash rate by 25 basis points to 2.6 per cent.

Only the Commonwealth Bank predicted this hike, with the other three expecting a 50 basis point increase.

In the wake of the less severe increase, the banks are adjusting their projections for the future.

ANZ now predicts the cash rate will peak at 3.6 per cent next May, instead of 3.35 per cent at the end of this year.

It said the RBA’s decision to reduce the pace of hikes increases the probability that more hikes will be required over a longer time.

Westpac still believes the cash rate will peak at 3.6 per cent, but has pushed it back until next March.

NAB also maintained the same peak, forecasting a high of 3.1 per cent, but pushed it back from November to February.

Commonwealth Bank’s outlook remained unchanged, expecting a peak of 2.85 per cent next month.

All four project another 0.25 per cent hike in November.

If the banks’ projections are realised, Australian borrowers would be paying hundreds of dollars more per month in repayments before the increases began in May this year.

The cash rate had been cut to a record-low 0.1 per cent due to the financial pressures of the pandemic before six consecutive hikes, beginning in May.

Analysis by RateCity found that the average borrower with a $500,000 loan would be paying between $760 and $982 more per month than they were at the start of 2022 under the big fours’ predictions.

For a borrower with a $1 million loan, that would increase to between $1520 and $1964, depending on which of the big four’s predictions is used.

“Make certain you’re ready for these hikes by checking what your monthly repayments will be if your rate rose by another 1 per cent after this hike,” she said.

“If you can, put your budget to the test by making these higher repayments now to see how it holds up.

“If the numbers don’t add up, start making changes today. Open your banking app up and look at where your money is going.

“Start by targeting the big expenses because that’s often where biggest savings can be found.

“That doesn’t necessarily mean giving up your much-loved take-away coffee – renegotiating your most expensive bills are likely to save you a lot more money each month.”

RBA Governor Philip Lowe, in explaining Tuesday’s hike, said the uncertainty of the global economy was the primary driver for the increase.

“One source of uncertainty is the outlook for the global economy, which has deteriorated recently. Another is how household spending in Australia responds to the tighter financial conditions,” he said.

“Consumer confidence has also fallen and housing prices are declining after the earlier large increases. Working in the other direction, people are finding jobs, gaining more hours of work and receiving higher wages.

“Many households have also built up large financial buffers and the saving rate still remains higher than it was before the pandemic.”

He foreshadowed that further hikes were likely as inflation continued to creep upwards.

“Today’s further increase in interest rates will help achieve a more sustainable balance of demand and supply in the Australian economy. This is necessary to bring inflation back down.

“The board expects to increase interest rates further over the period ahead. It is closely monitoring the global economy, household spending and wage and price-setting behaviour.

“The size and timing of future interest rate increases will continue to be determined by the incoming data and the board’s assessment of the outlook for inflation and the labour market.”

Treasurer Jim Chalmers said the interest rate hikes would factor in to his first budget, due to be handed down in three weeks.

“Just because this is a bit less than many people were anticipating, and just because it is consistent with what we are seeing around the world, won’t make it that much easier for Australians to find room in their household budgets to meet the increasing cost of servicing the mortgage,” he said.

He said that the “storm clouds were gathering” in the global economy.

“The three most important pieces of context for the budget that we are currently finalising, first of all, rising inflation, rising interest rates and falling wages.

“Secondly, deteriorating global outlook. The storm clouds are gathering again in the global economy and that is not irrelevant to us as we put together our budget at home.

“Thirdly, persistent structural pressures on the Australian budget in areas like health, in NDIS, defence, and the rising cost of Commonwealth debt but as interest rates rise as well.”

Chalmers said the budget will be one that is “about difficult decisions in difficult times”.

From rugby to sailing: Wallabies star dreams of competing in Sydney to Hobart

Grim warning for Aussie travellers ahead of Christmas holidays

How to Afford Dental Emergencies You…

Morgan Stanley cut about 2% of staff…