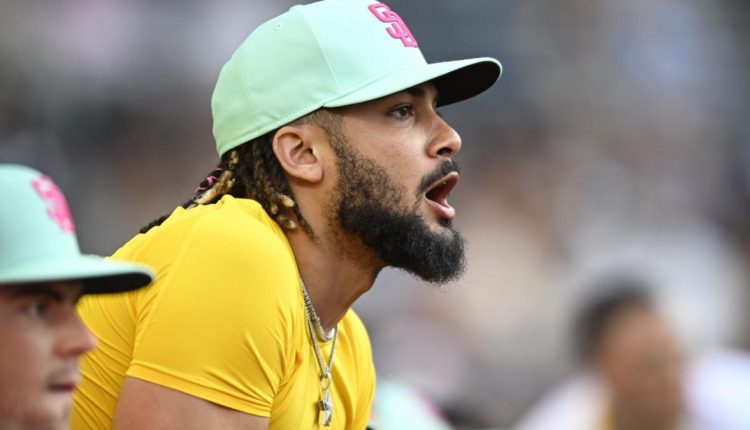 Tatis was hit with a massive 80-game suspension for violating the Major League Baseball’s Joint Drug Prevention and Treatment Program.

The 23-year-old claimed he tested positive for banned substance Clostebol as a result of ringworm medication.

He was closing in on a return from a wrist injury, but will now miss the rest of the season and the start of next year.

“It turns out that I inadvertently took a medication to treat ringworm that contained Clostebol,” he said in a statement.

“I should have used the resources available to me in order to ensure that no banned substances were in what I took. I failed to do so.

“I want to apologise to Peter, AJ, the entire Padres organisation, my teammates, Major League Baseball, and fans everywhere for my mistake. I have no excuse for my error, and I would never do anything to cheat or disrespect the game I love.

“I have taken countless drug tests throughout my professional career, including on March 29, 2022, all of which have returned negative results until this test.

“I am completely devastated. There is nowhere in the world I would rather be than on the field competing with my teammates. After initially appealing the suspension, I have realised that my mistake was the cause of this result, and for that reason I have decided to start serving my suspension immediately. I look forward to rejoining my teammates on the field in 2023.”

Tatis is in the second year of a monster 14-year, $AUD477 million contract he signed ahead of the 2021 season – the third-richest deal in MLB history at the time.

The Padres are in second place behind the LA Dodgers in the NL West, but remain in contention for a wildcard spot in the playoffs.