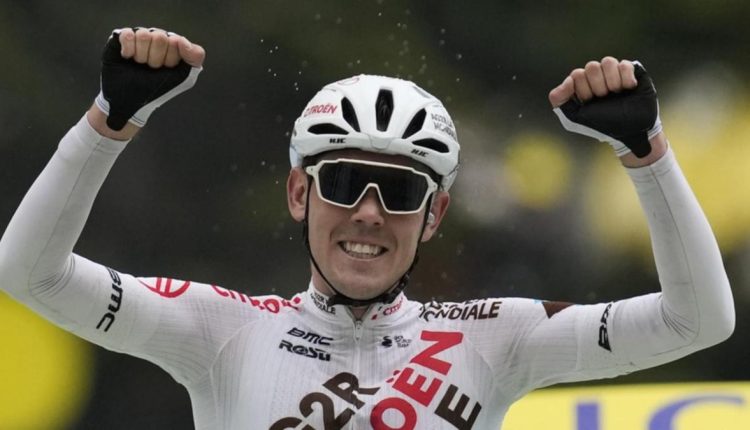 Ben O’Connor has been chosen as the spearhead for AG2R Citroen, who are expecting more great things from their Australian star at the Tour de France.

The French team have named the man from Perth as the leader of their eight-man squad for the sport’s greatest race, with their general manager predicting another big Tour from the 26-year-old.

Against all the odds, O’Connor finished fourth overall in the 2021 race, capped by a memorable Alpine stage win from Cluses to Tignes which he won by five minutes.

At one point during the memorable stage, he’d even threatened to take the leader’s yellow jersey and he continued his fine form all the way through to Paris.

“Since last year, Ben O’Connor has shown us the extent of his qualities. With him, we will focus on the best possible general classification, without setting a specific objective.

“In view of what Ben showed us last year at the Tour and during the first part of this season, in particular at the Criterium du Dauphine (where he finished third in the general classification), he will naturally be our leader.

“He has proven that his physical level allows him to compete with the strongest and he will start the Tour de France with the ambition of achieving the best possible general classification.”

“We are certain that his sporting level, which he proved with his final podium at the Dauphine, can bring us real satisfaction.”

AG2R are hoping O’Connor could achieve something as memorable as his fellow Western Australian and old friend, Jai Hindley, who became only the second Australian man ever to win a Grand Tour when he powered to victory at the Giro d’Italia.

The 2022 Tour begins on Friday, July 1 with the Grand Depart in Copenhagen.