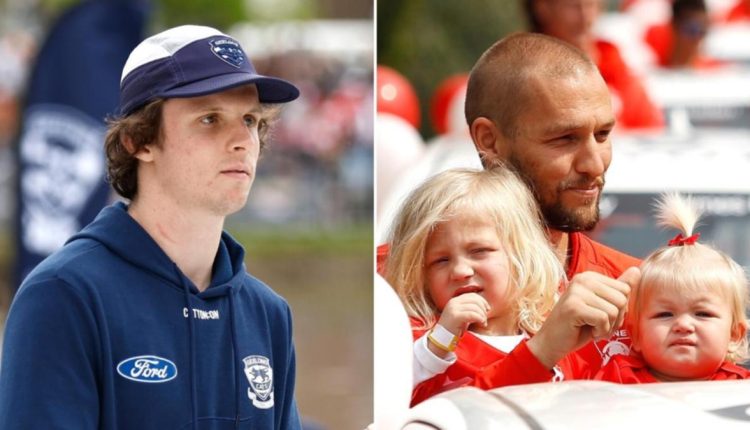 The AFL grand final is staring down two selection twists as Geelong accept they could be forced into a late change, with Sydney yet to definitively prove they won’t need to do the same.

Less than 24 hours out from the first bounce, the Cats are still in the dark on Max Holmes’ fitness while the Swans are relying on confidence to get Sam Reid (adductor) through.

Holmes (hamstring) was put through a test on Friday morning and sat out Geelong’s training run on the MCG in the afternoon.

Speaking to 7NEWS Melbourne at the parade, Holmes said he has yet to receive the green light.

“We’re good, feeling good, so we’ll see where we go from now,” he said.

Cats coach Chris Scott later confirmed Holmes is tracking behind where they had hoped after the initial burst of hope earlier this week.

“We were hoping we’d be at the point now where we could absolutely say that he was playing,” he said.

Mark O’Connor was Geelong’s medical substitute in finals wins over Collingwood and Brisbane, and looms as the most likely replacement for Holmes.

Brandan Parfitt and Sam Menegola are also in the mix.

Sydney coach John Longmire has insisted Sam Reid will play on Saturday but the 30-year-old is arguably further off proving his fitness than Holmes.

Reid was ‘very quiet’ during their captain’s run at the MCG on Friday, 7NEWS Melbourne’s Mitch Cleary reported, adding the 2012 premiership player did “a lot of walking around” and only “a couple of light kicks”.

He had long conversations with Longmire and assistant Dean Cox after the session.

Reid has been backed in – so far – to the extent that young forward Logan McDonald was dropped in favour of Hayden McLean, who has not played since round eight but has been called upon to support Tom Hickey in the ruck.

“You just have to do the right thing by what the team needs and that’s where it starts and ends,” Longmire said on Friday.

“It’s not an easy thing to do but you need to give yourself the best chance to play against a team that’s finished two games clear on top of the ladder and been the dominant team all year.

McDonald could yet earn a reprieve but for now the Swans are wrapping their arms around the former No.4 draft pick.

Longmire touched on his injury-enforced absence from North Melbourne’s victory in the 1996 grand final in speaking on how he handled the decision.

“I’ve been on the other side of that conversation as a player, it’s not an easy thing to do,” the coach said.

“He’s a terrific young player with a great future ahead of him. We’ve made the decision because we thought that was the best line-up for tomorrow.

“Very tough for him but he’s a great kid and he’ll bounce back bigger and better.”

“He’s a young kid and it’s unfortunate for him but his attitude towards this week has been great.

“There’s always one story in a grand final and he was one of them. It’s tough for him, but I’m sure this will make him bigger and better.”

Dashing wingman Justin McInerney had also been considered in some doubt to play after an ankle injury against the Magpies.

“Our medical staff have been terrific, we were always confident that he’d be right,” Longmire said.

“He finished off the game strongly last week so he’s right to go.”