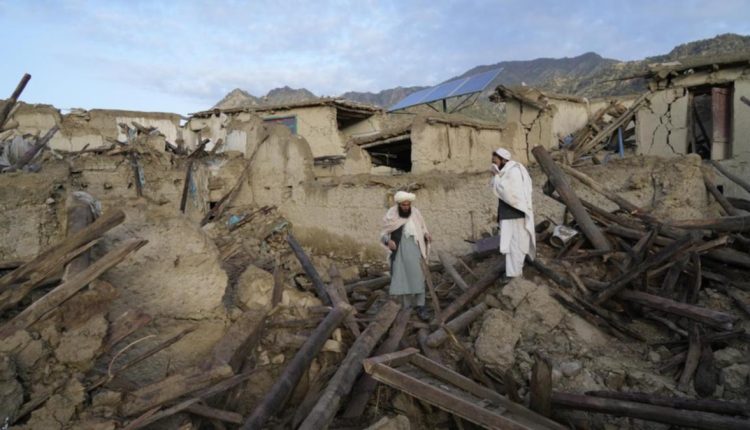 Aid has begun arriving in a remote part of Afghanistan where an earthquake killed 1000 people, with Taliban officials saying the rescue operation is almost complete.

The magnitude 6.1 earthquake struck early on Wednesday about 160km southeast of Kabul, in arid mountains dotted with small settlements near the border with Pakistan.

Poor communications and a lack of proper roads are hampering relief efforts in a country already grappling with a humanitarian crisis which has deteriorated since the Taliban took over last August.

“The rescue operation has finished, no one is trapped under (the) rubble,” Mohammad Ismail Muawiyah, a spokesman for the top Taliban military commander in the hardest-hit Paktika province, told Reuters.

Mohammad Nassim Haqqani, a spokesperson for the disaster ministry, told Reuters rescue operations had finished in major districts but were continuing in some isolated areas.

The United Nations said on Thursday the Taliban ministry of defence had indicated as early as Wednesday 90 per cent of search and rescue operations had been completed.

Two retired officers in Nepal involved in the aftermath of the 2015 quake that killed 9000 people expressed surprise that the rescue operation could be close to completion so soon but one noted that if most damaged homes were small, it was possible.

The earthquake killed about 1000 people and injured 1500, Muawiyah said.

More than 3000 houses were destroyed.

The death toll makes it Afghanistan’s deadliest earthquake in two decades, according to US government data.

About 1000 people had been rescued by Thursday morning, Sharafat Zaman, a spokesman for the health ministry told Reuters.

“Aid has arrived to the area and it is continuing but more is needed,” he said.

The town of Gayan, close to the epicentre, sustained significant damage with most of its mud-walled buildings damaged or completely collapsed, a Reuters team said.

The town, with only the most basic roads, was bustling with Taliban soldiers and ambulances as a helicopter bringing in relief supplies landed nearby, whipping up huge swirls of dust.

About 300 people sat on the ground waiting for supplies.

“We call on natural disaster management agencies and the international community to provide immediate and comprehensive aid to the Afghan people,” he said in a tweet.

Afghanistan’s economy has all but collapsed, United Nations Secretary-General Antonio Guterres said in an appeal to aid donors in late March.

Some families have been forced into selling children and organs to survive, he said.

The UN said its World Food Programme (WFP) was sending food and logistics equipment to affected areas, with the aim of initially supporting 3000 households.

“The earthquake will only add to the already massive humanitarian needs they endure daily.”

Japan, South Korea, Taiwan and the United Arab Emirates all said on Thursday they plan to send aid.

Supplies from neighbour Pakistan have already crossed the border.