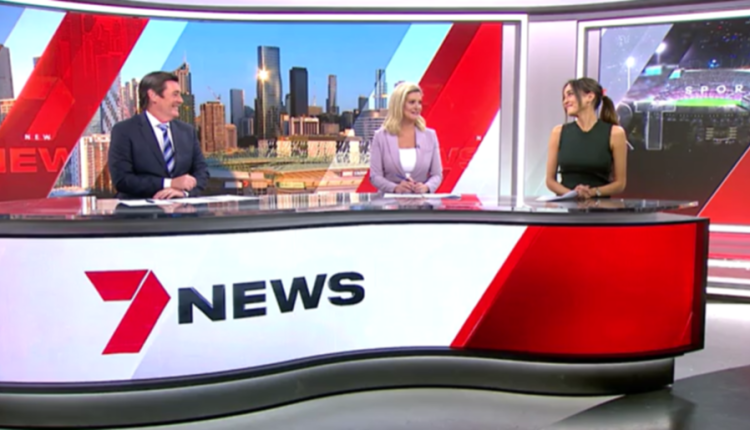 Channel 7 presenter Abbey Gelmi has revealed she and former AFL player Kane Lambert are expecting their first child together.

Gelmi made the announcement on 7NEWS Melbourne on Sunday night when anchor Rebecca Maddern asked if she was keeping a secret.

“Kane and I are very excited to announce we are expecting our first baby early next year,” she said.

Maddern replied, “So thrilled for you, you are glowing.”

“A big thank you to Seven because I have been quite unwell but everyone has been lovely,” Gelmi said.

Gelmi was a co-host of Seven’s coverage of the Birmingham Commonwealth Games in July and also last year’s Olympics.

The 32-year-old and former Richmond footballer Lambert became romantically involved at the beginning of 2021.

Lambert, a three-time premiership player with the Tigers, announced his retirement in July due to a debilitating hip injury.

The pair attended the club’s best and fairest night last week with Lambert being presented with the Francis Bourke award for the player that best upholds the club’s trademark values.