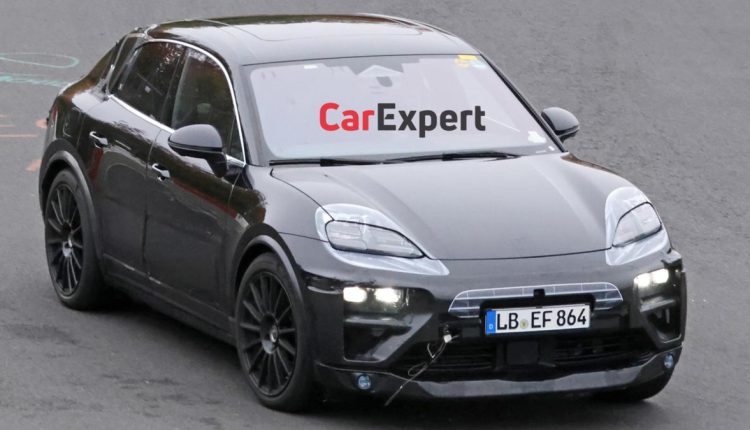 Porsche’s upcoming electric Macan has been snapped testing at the Nurburgring, offering a first look behind the wheel.

The new Macan, which will sit alongside a petrol Macan in the Porsche range, will feature an interior that borrows plenty from the Taycan, 911, and Cayenne mules we’ve spied recently.

There’s a simple digital instrument cluster with a design that mimics five analogue dials, and a big touchscreen integrated into the dashboard.

There’s also a screen for climate control sitting at the base of the dashboard, although it’s partially obscured by the laptop screens in this particular test mule.

The new Macan is expected to launch early in 2023, on the back of delays caused by issues at the Volkswagen Group’s software-focused Cariad division. It’ll sit alongside the Audi Q6 e-tron in the Group’s range.

Porsche has recently lifted the veil on what to expect from its upcoming battery-powered Macan SUV, in a series of briefings given to overseas media.

Autocar reports the electric Macan will feature electric all-wheel drive making up to 450kW of power and 1000Nm of torque.

Although the motors will be similar to those featured in the Taycan, their magnet arrangement has been reworked for better power density, and new silicon-carbide semiconductors are on hand to reduce incremental power losses.

At launch however, the Macan EV will be offered only with all-wheel drive powertrains capable of switching off the front motor when coasting to save battery power.

Speaking of batteries, Jalopnik reports the car will use a lithium-ion battery pack with around 100kWh of capacity. The biggest pack in the Taycan, which is built on a different platform dubbed J1, is 93.4kWh.

Like the Taycan, the Macan Electric will have an 800V architecture that allows for charging at up to 270kW. That’s good for a 25-minute charge from five to 80 per cent.

Range hasn’t been confirmed, but Jalopnik quotes a Porsche spokesperson who says it will have “a lot more” than the Taycan and its 500km best.

The rear tyres will be wider than the fronts, in a bid to make the Macan the sportiest option in its class.

Rear-wheel steering, two-stage air suspension, and adaptive dampers will all feature as well.

The new platform will allow the Macan to feature a ‘frunk’ under the bonnet, too.

The PPE platform underpinning the Macan will also feature underneath the electric Audi Q6 e-tron.