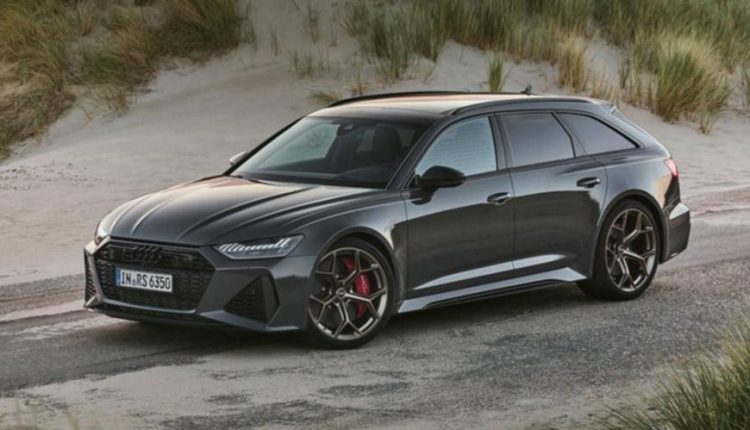 Audi has turned up the wick on its bahn-storming four-door coupe and five-door wagon.

The RS6 Avant and RS7 Sportback now feature a new ‘performance’ trim, with more power, a new central differential, new wheels and tyres, and a range of trim upgrades relative to the standard car.

It’s not yet clear whether the RS6 and RS7 performance will come Down Under.

An eight-speed automatic transmission is standard, and has been retuned to shift faster when you’re going flat out, and move more smoothly at a cruise.

The 100km/h sprint takes a claimed 3.4 seconds, down from 3.6s in the standard car, and flat out you’ll be doing 305km/h with the speed limiter removed.

Under the skin, Audi has tweaked the central differential in its quattro all-wheel drive system. It’s smaller and lighter, and is capable of sending up to 70 per cent of the engine’s torque to the front axle or 85 per cent to the rear.

“Noticeably more precise cornering which makes for less understeering at the handling limits,” is what Audi promises from the updated system.

A set of 21-inch wheels are standard, but 22s are optional. They’re wrapped in Continental Sport Contact 7 tyres, and in the case of the larger wheels shave 20kg from the car’s unsprung mass.

Along with the wheels, you’ll be able to spot the ‘performance’ models by their metallic and matte Ascari Blue, or matte Dew Silver, paint options. There’s a huge range of matte grey add-ons, although matte carbon is optional.

Inside, the RS6 and RS7 performance feature lashings of microfibre trim, complete with trim highlights and stitching in contrasting colours.