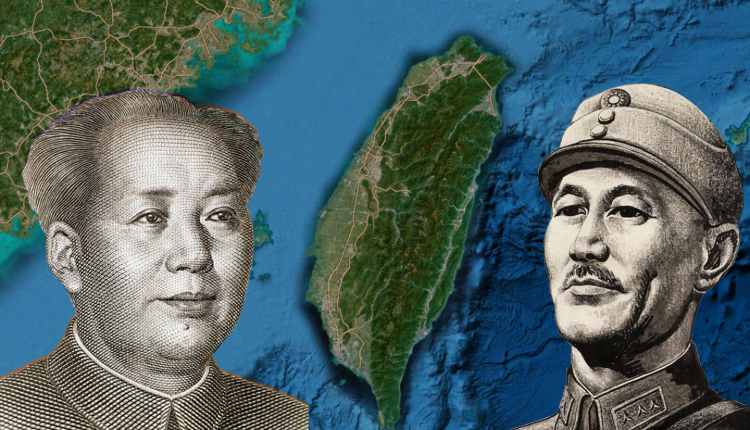 The recent visit to Taiwan by Nancy Pelosi, the American speaker of the House of Representatives, followed by several days of Chinese military exercises, reminded us of the extent to which the situation around the Taiwan Strait was tense. While Beijing’s position has not changed in recent decades, the increasingly strong impulses of Chinese President Xi Jinping to seize Taiwan by force if necessary are destabilizing the precarious and shifting status quo that exists around the strait since the second half of the XXe century.

Read also: Article reserved for our subscribers “China has chosen to make an example of Nancy Pelosi’s visit to Taiwan, trying to establish a balance of power that it has lost”

Taiwan (or Republic of China in its official name) is a state in Southeast Asia established mainly on the island of Taiwan since 1949, but whose sovereignty extends over 166 islands off the coast of mainland China and the Taiwanese coast.

The island of Taiwan (formerly known as the island of Formosa), which accounts for 99.5% of the country’s land area, is located 150 kilometers east of the southern coast of mainland China and extends over 35,801 kilometers squares, i.e. six times the average size of a French department. It is made up of 60% mountains on its western part, with sixty-two peaks exceeding 3,000 meters in altitude, and urbanized plains on its western coast. The seat of power is in Taipei, the capital, in the north of the country.

Taiwan against the People’s Republic of China

Taiwan has approximately 23.6 million inhabitants and administers, in addition to the main island, five groups of islands more or less close to the mainland: the Penghu Islands, the Kinmen Islands, the Wuqiu Islands, the Matsu Islands and the Pratas Islands. .

What are the relations between Taiwan and China?

Relations have always been very complicated between the People’s Republic of China (PRC, mainland China ruled by Beijing) and Taiwan.

In 1912, the Republic of China was founded after the fall of the last Chinese imperial dynasty. After a period of political instability, the country ended up being led by the nationalist Kuomintang party and its leader, Sun Yat-sen, who allied himself with the fledgling Chinese Communist Party supported by Moscow. When Sun Yat-sen died in 1925, his successor, Wang Jingwei, wanted to continue this alliance, unlike his rival, Chiang Kai-shek, an anti-communist soldier at the head of the party army, who decided to ousting the communists in 1926, then repressing them with violence in 1927. China then fell into civil war between nationalists and communists.

Faced with the Japanese invasion of 1937, the two parties formed a united front, but hostilities resumed at the end of the Second World War, in 1945. The troops of the Kuomintang nationalists landed on the island of Taiwan that year. , just freed from Japanese occupation, to make it a rear base.

In 1949, the communists definitely took the advantage over the nationalist troops and proclaimed the People’s Republic of China. About 1.3 million Chinese as well as Chiang Kai-shek, defeated, were forced to withdraw to the island of Taiwan, where the continuation of the Republic of China of 1912 had been established in 1945.

After 1949, in the context of the Cold War, most Western countries continued to recognize the Republic of China (based in Taiwan) as the legitimate representative of China internationally, especially since it had been a signatory of the charter of the United Nations in 1944, five years before the advent of communist power in Beijing.

From the beginning of the coexistence of the two regimes, each of them claimed sovereignty over the entire Chinese territory. In the summer of 1950, the Communists planned to invade Taiwan to take it back from the Nationalists, but the American President, Harry Truman, reacted by sending the powerful Seventh Fleet of the American Navy to the waters of the strait. He also repeatedly dissuaded Taiwan nationalists from retaking mainland China by force.

The United States is among the first countries to support Taiwan, through economic and military means, to fight communist influence in the region. In December 1954, during the first Taiwan Strait crisis, a mutual defense treaty is signed between Taipei and Washington.

Nevertheless, from the 1960s and 1970s, under pressure from the communist regime in Beijing, a growing number of nations began to recognize it as the sole representative of China. France was one of the first countries to pave the way, in January 1964, by establishing diplomatic relations with Beijing, while offering Chiang Kai-shek to continue Franco-Taiwanese relations, which the latter refused. In 1971, the vote on resolution 2758 to the United Nations Organization (UN) devotes the efforts of the Communists: Beijing is recognized as the sole representative of China by the United Nations. The PRC immediately replaced the Republic of China at the UN and took its seat as a permanent member of the Security Council.

In 1979, thanks to a cooling of relations between communist China and the Union of Soviet Socialist Republics (USSR), the United States approached the PRC by officially recognizing it. The US Congress passes the Taiwan Relations Act, which redefines diplomatic relations with Taiwan and cancels all previously signed bilateral treaties. Washington no longer has its hands tied, but continues to supply arms to Taipei in order to give it the means to ensure its military defence.

For its part, Beijing has never ceased to reaffirm the principle of one China, and considers Taiwan as a rebel province. Under its pressure, recognition of Taiwan has also weakened: since 2016, eight countries have severed diplomatic relations with the island, the latest being Nicaragua, in December 2021. In 2022, there are only 14 countries recognizing officially the Republic of China, Latin America, the Pacific and the Vatican. This does not prevent the country from maintaining non-diplomatic relations with many nations, since it has 111 representations in 74 countries.

The one-China principle was set in stone by the passage in Beijing in March 2005 of an anti-secession law, which promotes reunification with Taiwan by peaceful means, but authorizes the use of force in three scenarios :

These scenarios are interpreted as threats by the Taiwanese. Since then, despite spectacular economic development and real democracy after the victory of the opposition in 2000, Taiwan has lived under a precarious status quo. The island is trying to manage relations with the regime in Beijing, with whom it trades intensely, in exchange for the promise to favor a peaceful resolution of the situation.

But this status quo has been deteriorating in recent years. The election in 2016 of Democrat Tsai Ing-wen, who is more sovereignist than her Kuomintang predecessor, traditionally open to China, greatly annoyed Xi Jinping. The latter has since shown itself to be much more aggressive in making “unification” with Taiwan a priority which “cannot be left to future generations”. Stop using force.