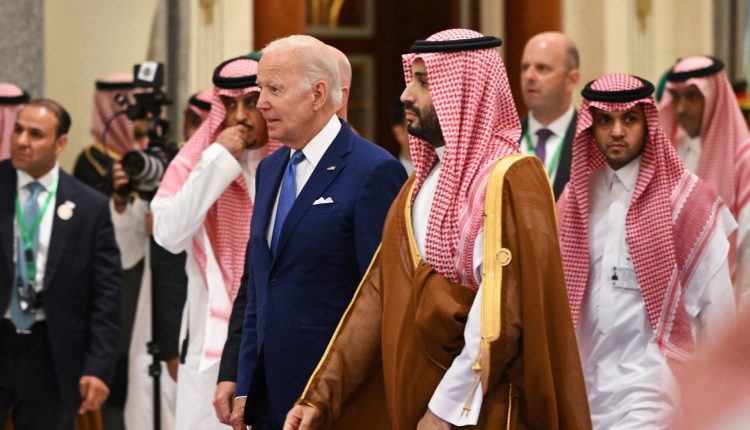 Tim Lenderking, U.S. special envoy for Yemen, said that diplomatic visits by other global powers were to be expected, but said that the U.S. had asserted its commitment to the region following a visit by Biden in July.

“The major message that the president brought to the region is that the United States is not going anywhere,” Lenderking told CNBC’s Hadley Gamble.

Reports emerged Thursday that Xi is to arrive in Saudi Arabia next week for a meeting with Crown Prince Mohammed bin Salman — the Chinese premier’s first official foreign visit since 2020 — as Beijing and Riyadh seek to consolidate ties. China’s foreign ministry on Thursday neither confirmed nor denied the reports.

That Xi is expected to be met with all the pomp and fanfare afforded to former U.S. President Donald Trump during his 2017 visit does little to improve the optics of Biden’s visit, which was a low-key affair that critics say achieved little amid strained personal ties between the two leaders. However, Lenderking insisted that the U.S. retains a “vital” presence.

“The United States is a vital partner to not only Saudi Arabia but each of the countries in the region,” he said.

“America can be counted on to remain in the neighborhood as a support for the countries and their security. That is an American priority,” he added.

Within that, Yemen — which has been devastated by civil war since 2014 — is a key U.S. focus, Lenderking said, whom Biden appointed a special envoy to the country last year.

Lenderking said that making progress toward resolving the conflict had been a major accomplishment for Biden during his visit last month. That included convincing Saudi Arabia to extend and strengthen a U.N.-mediated truce and engaging in talks to end the war.

As a result, the conflict is now halfway toward a resolution, Lenderking said.

Yemen has been battling civil war between the Yemeni government and the Houthi armed movement since 2014.

“I think we’re better than 50%; I wouldn’t have said that six months ago,” he said. “We’ve got a moment to change the course of the conflict. This is the time to do it.”

He added that Yemen is a crisis in which otherwise adversarial relationships can be overlooked and welcomed collaboration with China and Russia in that area.

China “want to see progress in Yemen during their presidency on the security council,” he said, referring to Beijing’s current role as head of the United Nations Security Council.

“I think that’s an important element where we can find commonality between us – China, Russia, the United States – working together on a political solution to the Yemen conflict,” he added.

Rising nuclear risks in the region

Lenderking also noted that Iran, with whom the U.S. shares a long history of fractured relations, could play a constructive role in resolving the conflict in Yemen. However, he said that that was not a prerequisite for a resolution.

It comes against the backdrop of continued talks between the U.S and Iran to revive a 2015 nuclear deal.

Asked whether he believed it was possible to see nuclear weapons in countries such as Iran and potentially other countries in the region, Lenderking replied: “I think that would be unfortunate. I hope that’s not the case.”

Clarification: This article has been updated to reflect that Lenderking was asked whether he believed it was possible to see nuclear weapons in countries including Iran.