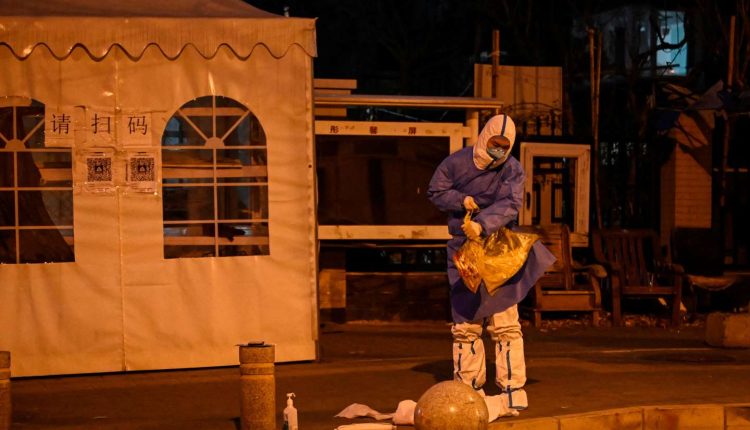 VSThis politico-ideological confrontation, Beijing wanted it. It was at the very beginning of the crisis due to Covid-19, in March-April 2020. Faced with the virus, Xi Jinping’s China displayed the superiority of its model of government. The episode proved her right, she said: autocracy prevails over democracy and alone allows the choice of the ambitious zero Covid policy. Today, the return of the boomerang is all the more devastating: the sudden abandonment of the Covid zero line under the pressure of intense demonstrations. The street pushed back the Party (CCP).

Admittedly, there had been a delay in ignition and a lack of transparency. China was slow to warn of the arrival of the pandemic in Wuhan and to deliver everything it knew about this Covid-19. But, very quickly, the party-state reacted. He was equipped. China made masks, tests and, the first, it had vaccines. In the Western world, where permanent self-criticism is a way of life, we once again acquiesced in an old canard conveyed with masochism: dictatorships are more effective than democracies.

The former react more quickly, there is no palaver, they do not bother with parliamentary consultations or an overflow of expertise. The second are slow, messy, cultivating useless divisions and quarrels in the face of danger. What is more, this declining West, yielding to the facilities of economic globalization, because convinced of the benefits of the division of labor, had willingly relocated part of its health industries to China.

So she played the benefactors. A chain of Chinese planes delivered masks and tests to the poorest countries. It is up to the heads of state concerned to warmly praise and thank, in front of the cameras, the infinite kindness of President Xi Jinping.

At home, China achieved prowess. She was erecting a field hospital overnight. It rounded off ten, fifteen, twenty million people in a week. She tested as many in forty-eight hours. Glory be to the party-state and its leader, President Xi. “Zero Covid” was a policy set up as an example – in the face of the hesitations of the United States and Europe.

Cult of the personality obliges, the success, one said in Beijing, bore not only the mark of the superiority of the Chinese political system but also that of the infallibility of the president. At the end of October, the 20e congress of the CPC, the one which entrusted a third five-year term to Xi Jinping, paid tribute to the zero Covid option, hailed as an outstanding performance of socialism with Chinese characteristics. President Xi seemed more powerful than ever – hero of the Chinese people, quasi-tutelary figure of the Global South.

You have 50.47% of this article left to read. The following is for subscribers only.