The death of Antonio Inoki, the legendary Japanese wrestler who embarked on “sports diplomacy” 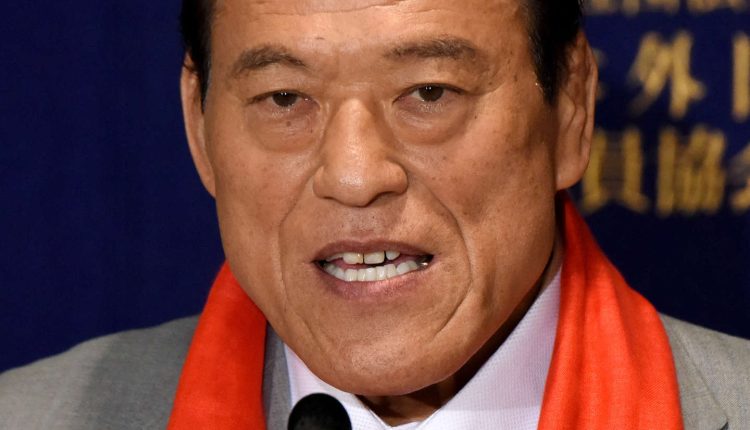 If you ask a Japanese man or woman what name of wrestler comes to mind spontaneously, few are those who do not say Antonio Inoki. By his presence in the ring, without the slightest accoutrement that his counterparts now often like, his imposing build, his stature (1.90 meters), his agility and his fighting spirit, including his famous wave of the hand to his opponent signifying “approach, approach”, Inoki had become a legend of what the Japanese call puroresu (pro wresshort for English professional wrestlingprofessional wrestling).

Despite a few attempts before the Second World War, wrestling as an entertainment sport did not establish itself in the Archipelago until the early 1950s with Rikidozan (Kim Sin-rak), the idol of the boxing rings. era for the “thrashings » that he gave to his American adversaries, to the delight of the public in search of a local hero standing up to the victors. Marginalized in sumo, which he originally practiced, due to his Korean origins, he had moved on to wrestling.

Antonio Inoki (Kanji Inoki of his real name), born on February 20, 1943 in Yokomhama, had lost his father when he was 5 years old and his family had immigrated to Sao Paulo, Brazil. Quickly, the young boy showed aptitude for athletics and karate. At 17, he met Rikidozan on tour in Sao Paulo. Sensing the potential of this young athlete, the wrestler offered to return with him to Japan and train him. Rikidozan died in 1963 as a result of an altercation in a bar with a mobster who had stabbed him. But, for Inoki, the path was set. He won his first victory three years later by beating the American Johnny Valentine. Then, he chained the victories.

At the height of his notoriety, in 1972 he founded the Japanese wrestling federation (New Japan Pro-Wrestling), which contributed to the development of this sport in the Archipelago. Four years later, he faced Mohamed Ali, the world boxing champion, who came expressly to Tokyo to take part in a match mixing boxing and wrestling.

Broadcast around the world, the match was less spectacular than expected: most of the time lying on his back, Inoki tried to kick his opponent’s legs without him, dancing around the ring , managed to land him more than two punches in ten rounds… At the end of this match without a winner, Ali’s fans, outraged by Inoki’s tactics, threw all sorts of things in the ring. ” I did my best “will say the latter to apologizer, “up, I had no chance”. In any case, he had become world famous. With his square jaw, his carnivorous laughter and his unmistakable red scarf, which he wore like a fetish when entering the ring, he made the “one” of the newspapers.

You have 31.37% of this article left to read. The following is for subscribers only.