Taiwan: a flourishing literature at the service of the “soft power” of Taipei 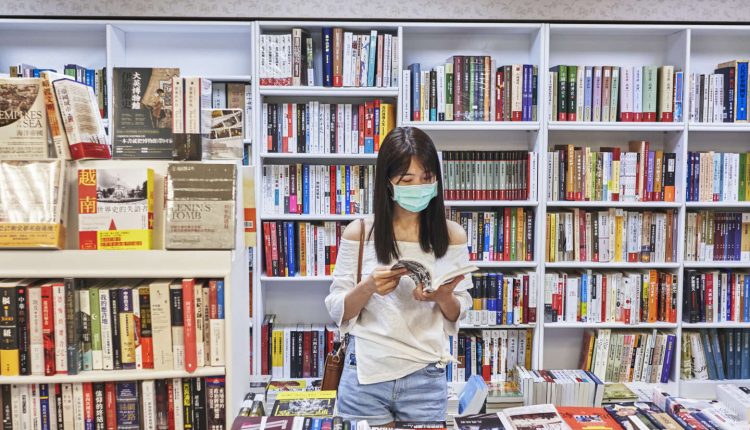 If Yé, the hero without quality in Wang Wen-hsing’s novel, is “back to the sea”, Taiwan, it is indeed facing China. Throughout the year, hunters and frigates from Beijing roam around the island like so many predators convinced that the prey cannot escape them. “Reunification with the Motherland”, claims Xi Jinping, the president of the People’s Republic of China. Nope, “annexation”answers the Taiwanese president, Tsai Ing-wen.

Read also: Article reserved for our subscribers “A man with his back to the sea”: Wang Wen-hsing scatters Taiwanese language and life

To defend itself, the island has significant assets: the North American umbrella, of course, an exemplary democratic system, but also a strong cultural identity. A “soft power” that should not be underestimated – Ukraine proves it every day – and that Taiwan exploits wonderfully. Symbolically, in Tainan, a coastal city located in the south-west of the island, often presented as its cultural capital, it was in a former air force logistics center that the National Museum of Taiwanese Literature. The defense of the island also passes through the book. Like his diplomacy. One of the functions of the museum is to promote the translation of national works. “Taiwanese literature is now translated in at least twenty countries. This initiative is part of efforts to counteract our diplomatic isolation.”explains Pei-Jung Lin, head of literature at the museum. “In French alone, ten to fifteen titles are now translated each year. It is considerable”underlines Pierre-Yves Baubry, founder in 2013 of a blog which refers to: “Letters from Taiwan”.

Taiwan enjoys a multiple identity that makes it unique

This does not mean that the island’s literary production places the question of Taiwanese identity at its heart. That would be decades behind, according to Pei-Jung Lin: “Identity entered into discourse on Taiwanese literature in the 1920s, with the ‘New Literature’ movement, and resurfaced in the 1940s, 1970s, and 1980s.” The island is also currently commemorating the centenary of the founding of the Taiwanese cultural association whose figurehead, the poet Lai He, advocated both for the creation of a Taiwanese parliament – ​​which earned him to be arrested – and a modern Taiwanese literary style.

Populated by Austronesians for several millennia, Chinese since the 13the century, of Dutch since the end of the XVIe century, which became a Chinese province from 1887, a Japanese colony from 1895 to 1945, then, after the communist victory on the mainland, the last bastion of the Kuomintang, the historic Chinese nationalist party which subjected the island to four decades of martial law (from 1948 to 1987), and now a democratic island, Taiwan enjoys a multiple identity that makes it unique. The richness of its literature, since the democratization of the country, bears witness to this. “All sectors combined, 40,000 titles are published per year, compared to around 80,000 in France. Not bad for a small country of 23.5 million people, isn’t it? »notes editor Wu Kun-yung, whose house, Utopia, specializes in the humanities and social sciences.

You have 66.11% of this article left to read. The following is for subscribers only.

In Ukraine, “the onset of winter…

Democratic Republic of Congo: at least…