Rivalry between China and the West continues, despite handshakes 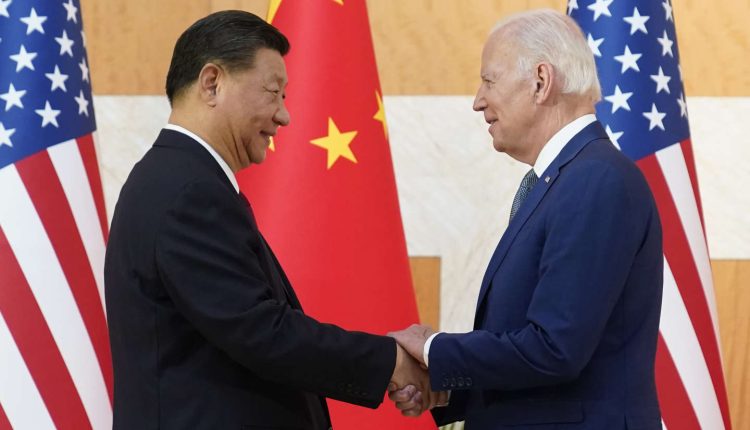 To analyse. After the Cold War, relaxation? The images showing, on November 14, Joe Biden and Xi Jinping smiling, shaking hands like old acquaintances happy to meet again, then, three hours later, the optimism of the Chinese and American delegations at the end of their meeting on the sidelines of the G20 in Bali, seem to lead one to believe. But these images are partly misleading. This meeting made it possible to put – temporarily – an end to the deterioration of relations between Washington and Beijing, but in no way to settle the differences between China and the West. Taiwan, Ukraine, North Korea, human rights, technological warfare, the East China Sea… On none of these disputes, Xi Jinping has made the slightest gesture towards Western leaders.

Read also: Article reserved for our subscribers At the G20, for his great diplomatic return, Xi Jinping plays dialogue with Westerners

Joe Biden does not believe in a “imminent attack” of Taiwan by China, he said. We are reassured. But Xi Jinping has not in the least renounced the “reunification”. He even qualified “Taiwan issue” of “first red line” not to cross in Sino-American relations. This is the first time Xi Jinping has set a ” Red line “ to a foreign leader.

Reappointed to the head of the Chinese Communist Party in October, surrounded by leaders who owe him everything, the now president for life displays an unshakeable confidence. In March 2021, the two main Chinese diplomats, meeting in Anchorage (Alaska) with their North American counterparts, had indicated to the Biden team that they no longer intended to receive a lesson from the United States. Some Western diplomats saw it as the start of a ” new era “ diplomatic.

Lesson to the Canadian Prime Minister

In Bali, Xi Jinping took the next step, administering a lesson to the Canadian prime minister. During the G20, a camera has indeed filmed an apparently fortuitous meeting between Xi Jinping and Justin Trudeau during which the Chinese leader sharply reproaches his Canadian counterpart for having leaked to the press the content of a conversation they allegedly had the day before. “Going to tell the newspapers what we said during our conversation is not appropriate”Xi Jinping tells Justin Trudeau. “And besides, that’s not how the discussion went. If you are sincere, we will conduct our discussions with mutual respect, otherwise the consequences will be unpredictable,” he threatens.

Despite everything, Justin Trudeau manages to answer that“in Canada, we believe in free, open and frank dialogue”, but he is obviously destabilized. A ” new era “here again.

You have 55.18% of this article left to read. The following is for subscribers only.