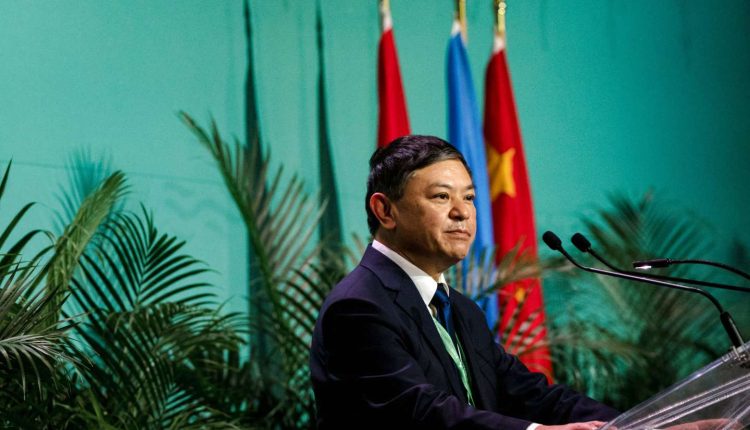 The first international conference to be chaired by China under the aegis of the United Nations, COP15 on biodiversity is an all the more important test for this country as President Xi Jinping wants to be the herald of “ecological civilization”. But the Covid-19 has been there and the momentum seems broken. Initially scheduled for fall 2020, COP15 actually officially opened a year later, in October 2021 in Kunming, the capital of Yunnan, in the southwest of the country. But even Xi Jinping only participated by videoconference. On this occasion, on October 12, 2021, the Chinese President launched “Kunming Biodiversity Fund” with a budget of 1.5 billion yuan (about 206 million euros).

The COP should have continued in the spring of 2022 but, finding that its zero Covid policy prevented it from receiving thousands of foreign guests, China resolved to let Canada organize it this fall, work begins on the 7 December, in Montreal, headquarters of the United Nations Convention on Biological Diversity (CBD).

Read also: Article reserved for our subscribers At COP15, the hope of concluding a “Paris agreement” for biodiversity

Since then, Huang Runqiu, the Chinese Minister for Ecology and the Environment, President of COP15, has multiplied the meetings. However, he acknowledged, on the eve of the conference, that there are still “big differences” between the participants and that “much still needs to be done to ensure that the objectives set are realistic but ambitious, practical and balanced”. If it finds that, for the implementation of the measures taken in Montreal, “raising funds remains the main problem for developing countries”the Minister, curiously, no longer mentions the “Kunming fund” launched by Xi Jinping. “While there is a global environment fund, China has failed to create the ripple effect around its initiative,” deciphers a Western diplomat in Beijing.

Similarly, in his presentation of the challenges of COP15, the Minister does not mention the objective, supported by more than 110 countries, of protecting 30% of land and seas. “Protecting 30% of marine areas does not interest them”, judge this diplomat.

However, on its territory, China takes the subject of biodiversity to heart. “Ecological civilization” requires, many laws have been adopted in recent years to protect forests, grasslands, wild animals, the Yangtze River…. Five national parks have been created and around 200 botanical gardens have been established. Officially, 18% of the country’s total surface area is protected for various purposes, i.e. 1% more than the objectives set by the international community during COP10 in 2010. Symbol if any of this protection biodiversity: the number of giant pandas has increased from 1,114 to 1,864 in about forty years, according to a White Paper on Biodiversity published by the Chinese government in October 2021. Result: the species is no longer considered as “endangered” but simply “vulnerable”.

You have 31.23% of this article left to read. The following is for subscribers only.