One year after the return to power of the Taliban, Afghanistan is sinking into crisis 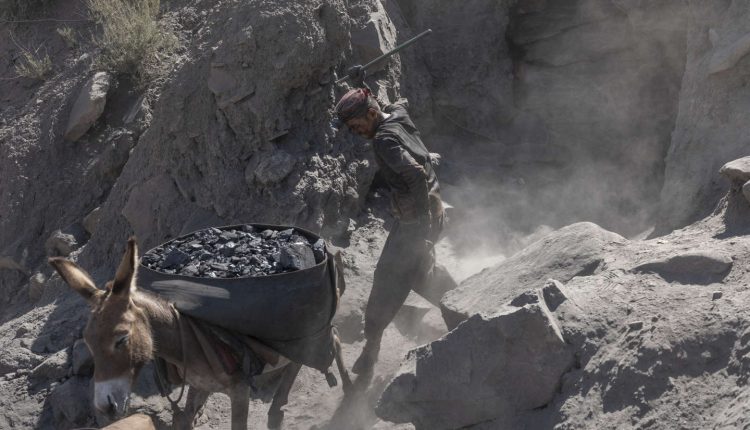 In northern Afghanistan, on the road from Mazar-e-Sharif to Kabul, then to Pakistan, trucks full of coal are the undeniable masters of the roads. Their precious cargo has become the prime resource of the Taliban, who have made fossil fuel extraction their ” priority “, according to economic analyst Mohammad Sulaiman Bin Shah. Since the fall of the old regime in Kabul on August 15, 2021, the country has been living under sanctions, deprived of its assets, 9.2 billion dollars (about 8.9 billion euros), frozen in American banks and Europeans. The economy has contracted by 20% to 30%.

International, civil and security aid (more than 8 billion dollars a year, equivalent to 40% of the country’s GDP) has been cut, plunging half the population into acute malnutrition, while a large many Afghans have lost their jobs and livelihoods. In this context, the Taliban are betting heavily on mineral resources. According to the authorities, there are eighty identified coal mines, of which seventeen are in operation today, very often on a small scale. Extraction rights are granted for a period of between one and ten years.

Four hours from Mazar-e-Sharif, in the village of Tur, located in the Suf valley (Samangan province), black dust envelopes everything: the houses, the alleys and the bodies of the inhabitants, who almost all work in the mines. “Since the fall [de Kaboul]we have more work”, assures Faghir Muhammad, his face and hands covered in charcoal. The 31-year-old Afghan started his work in the mine at the age of 16, after the death of his father, making him the sole support of his family.

Read the story: Article reserved for our subscribers The Taliban, new masters of Afghanistan, come out of the shadows

All around the village, small roads, borrowable exclusively by vans and donkeys, are visible to the top of the mountains that enclose it. Each hole dug on their slopes is a small coal mine with, erected alongside it, makeshift tents under which sleep six to twelve workers. Here, no machinery or safety equipment. None of the workers wear helmets.

At the end of the day in mid-August, when they have just finished their work, men sit in front of their camp and watch the setting sun. “Under the old regime, I was a soldier, explains Bahaoddin, 30. Since the fall, the Taliban have not wanted us. Here in the mine I have a job and a good salary of 15,000 afghanis [environ 162 euros]. » Two months ago he moved to the village. Like him, many workers have moved there, as the mining sector is now one of the only sectors of the economy to experience strong growth.

You have 69.94% of this article left to read. The following is for subscribers only.