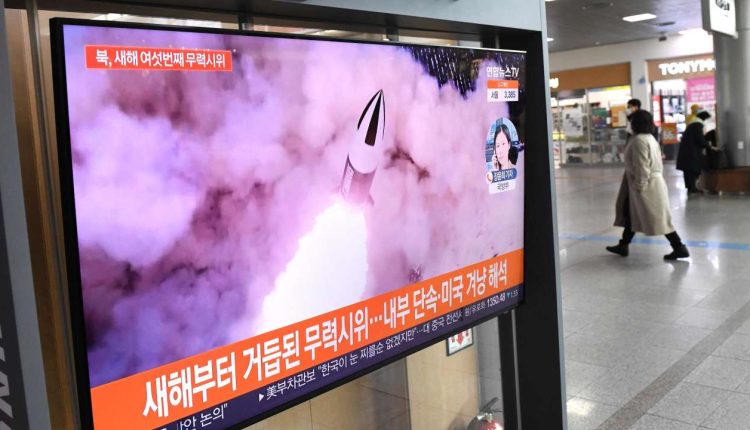 North Korea is testing missiles at a frenetic pace. The official Korean Central News Agency (KCNA) announced on Friday January 28 that Pyongyang had tested long-range cruise missiles on Tuesday which flew over the sea located east of the peninsula (Sea of ​​Japan, or East Sea according to the Korean name) and have reached “the target island located 1,800 km away”.

And still according to KCNA, North Korea tested short-range ballistic missiles on Thursday that struck a “target island (…) proving that the explosive power of the conventional warhead met the design requirements”.

The launches bring to six the total of test fires carried out since the start of the year – including hypersonic missiles – by Pyongyang which hinted last week that it could resume its nuclear and long-range weapons tests. , on hiatus since a self-imposed moratorium in 2017.

Leader Kim Jong-un also visited an ammunition factory, according to KCNA. In a photo published by the news agency, we see him beaming, wearing his usual long black leather jacket with a belt, surrounded by officials in uniform. Kim “highly appreciated the factory which has achieved collective innovation and great progress in the production of major weapons”reported KCNA.

The period is delicate for the region: China, the only major ally of the North Korean regime, is hosting the Winter Olympics in February and South Korea is holding a presidential election in March.

Pyongyang prepares to celebrate 80and anniversary of the birth of Kim’s father, the late leader Kim Jong Il, in February, then the 110and birthday of Kim Il Sung, the country’s founding leader, in April.