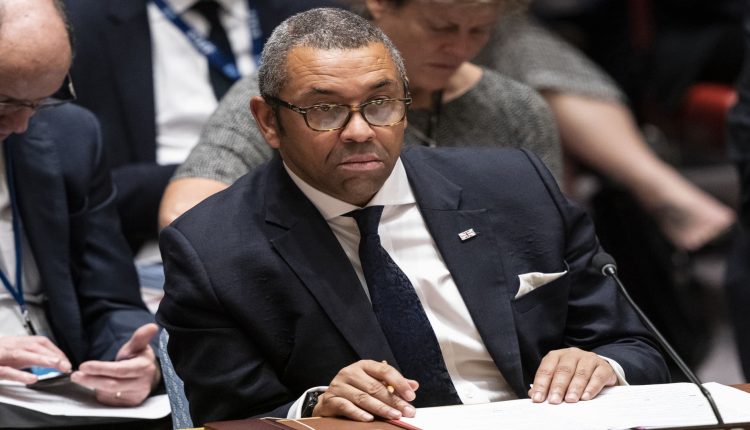 SINGAPORE — The United Kingdom will commit itself more fully to the Indo-Pacific region, beyond its ongoing efforts to join a massive trade deal in the region, the country’s new foreign secretary said Thursday.

“The Indo-Pacific tilt is here to stay,” James Cleverly said at the Milken Institute Asia Summit. “It is permanent.”

That “tilt” toward the Indo-Pacific will include further cooperation on economic issues, security matters and “shared values,” Cleverly said.

The foreign secretary pointed to “our commitment to sovereignty and territorial integrity and freedom from economic coercion, and a shared belief in the value of democracy and open markets.”

Cleverly said that 1.7 million British citizens live in the region, and the United Kingdom has trade relationships worth $250 billion in the Indo-Pacific.

The Comprehensive and Progressive Agreement for Trans-Pacific Partnership, or CPTPP, is a trade pact that currently includes seven countries in Asia-Pacific and four in the Americas. It evolved out of the now-defunct Trans-Pacific Partnership, or TPP, a trade bloc that was originated by the United States but which fell apart after former President Donald Trump scrapped U.S. involvement.

The United Kingdom is in the process of joining the CPTPP, a move that it hopes would help it diversify its trade partnerships, particularly since the country departed from the European Union.

The U.K. will be the first European country to join the CPTPP should it succeed in becoming a member.

China is also applying to join the CPTPP but has not made as much progress as the United Kingdom has. Cleverly said any discussion of the Indo-Pacific region had to include China, acknowledging that the country is a “driver of growth” that has successfully lifted millions of its citizens from poverty.

“But the lesson I take from watching China over my lifetime is that when China departs from global rules and norms, when it aligns itself with countries like Russia, its standing in the world suffers,” Cleverly said.

China President Xi Jinping and Russia’s Vladimir Putin sealed a “no limits” partnership in February, only days before Russian troops stormed into Ukraine, starting a war that has taken tens of thousands of lives and continues to rage almost eight months later.

Cleverly has held his current role for only three weeks, but he said those three weeks had been “pretty intense.” Among other events, Britain’s Queen Elizabeth II died in that period, and the United Nations General Assembly took place in New York City.

How “RRR”, Indian film “generous and unbridled”, conquered the world